Weekly Editorial: What can the Global Compact for Refugees do for Europe & what can Europe do for the GCR? 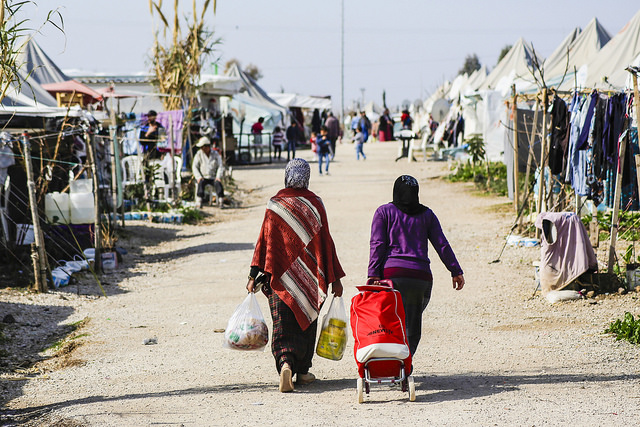 The Global Compact for Refugees (GCR) enters its next stage with the High Commissioner’s Dialogue on Protection Challenges next week and a zero draft of the Compact due early next year.

Even given the limitations of the GCR, it is important that civil society engages, and there are still opportunities to influence, in order that positive elements are included and to mitigate the risk of harmful suggestions ending up in the final document. The key questions are how to make it useful, given what it is and what it is not, and Europe’s role in it.

The GCR is not an overhaul of the global protection system.  However much that may be needed, it is (arguably) happening piecemeal outside the GCR process. In terms of the legal framework, the New York Declaration which launched the GCR process re-affirmed the central role of the Refugee Convention. While there are categories of displaced persons not covered by the Convention, not least those displaced by climate, there are serious risks attached to opening up the legal framework now, with Europe intent on closing protection space and Courts using international law to resist.

Part of the GCR is already in place, in the form of Annex I of the NY Declaration, which provides the Comprehensive Refugee Response Framework, the CRRF, which sets out the approach to be taken in “situations involving large numbers of refugees”. Now the focus is on the Programme of Action which will be the second part of the GCR, and aims to operationalise the CRRF: what should happen in practice? If the GCR, including the Programme of Action, is clear and practical then it may be used as the guiding framework for shaping international response to refugee situations, i.e. it might be that donors funding responses do that with this framework, potentially with UNHCR leading the response overall; it may be that international actors and host governments want action to take place within that framework. Thus, all of those working on refugee rights have a stake in ensuring that it reflects good practice.

The Programme of Action will cover the same four elements as the CRRF. 1) Reception and admission 2) Support for immediate and ongoing needs 3) Support for host countries and communities 4) Durable solutions. In each of these areas, civil society, coordinated by ICVA (LINK), has set out its joint recommendations to be presented at the Dialogue.

Positive aspects include the “whole of society” approach which intends to engage organisations and sectors not always part of humanitarian response. “Support for immediate and ongoing needs” is about linking humanitarian and development support – long overdue given the average length of displacement. The focus on host communities could unlock inclusion through realisation of refugee rights. The final part on durable solutions could include responsibility sharing, as civil society has argued from the beginning. Overall, the role of civil society and particularly of refugees themselves, as advocates, in refugee-led organisations, as affected communities, needs to be integrated throughout the Programme of Action. The need for “localisation” is a key recommendation emerging from the pilots.

For ECRE, the question remains: what can the GCR do for Europe and what can Europe do for the GCR? There has been limited engagement of European states in the process, as was the case for the New York Summit, even though one of the reasons for it in the first place was to support Europe, given the political crisis that had been taking place on refugee issues. The CRRF has been piloted in 8 situations of displacement, none of which is in Europe. Although there were options, for example a pilot in Greece, the wider Aegean route, or the Central Mediterranean route, it seems to have been too political sensitive and not acceptable to the European countries concerned.

There is a risk that the GCR becomes something that Europe supports others to do – and perhaps funds – but which is not then applied in Europe. This would be a mistake. The Sustainable Development Goals process and implementation demonstrate the political importance of universality: Europe must practice what it preaches and creates ill will when it does not.

The need to implement in Europe a better approach to “situations involving large numbers of refugees” is obvious. It can hardly be argued that Europe responded well to the arrivals of refuges in 2015/2016, and all four parts of the Programme of Action, particularly reception and admission, could be improved in at least part of Europe.

Finally, an operational tool, to be applied in all situations could be useful: as well as providing guidance on what needs to be done and facilitating preparedness that was (and remains) seriously lacking in Europe, it also avoids the need to make decisions at the time of crisis, which provoked paralysis, conflict and unilateral responses in Europe. Rolling out an established framework – yes, tailored to each particular situation but with certain fundamental elements – could help to avoid a repeat of the “race to the bottom”.

Thus, it is worth engaging over the next six months of formal consultations in the hope that the final Global Compact for Refugees constitutes a useful tool, to be applied in Europe as well as elsewhere.