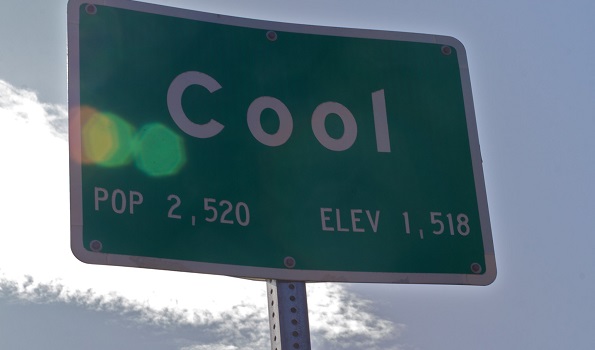 On the eve of World Refugee Day, Europe remains in a state of suspended animation when it comes to asylum and migration policy. The European Pact on Asylum and Migration is yet to be published and the legislative train has been derailed by the COVID emergency.

However, even if reforms of policies and laws are on hold, the need for and right to asylum persists. Globally, UNHCR annual global trends analysis, again shows record levels of forced displacement. Along with IOM, it also published a report arguing, amongst other things, that the COVID pandemic is leading to an increase in forced migration. In the region around Europe, conflict, instability and repression prevail, leading people to flee. Refugees and migration continue to be exploited in geopolitical games. These are not reasons for alarm in Europe, they are just facts, demonstrating the context in which Europe’s asylum and migration policies operate.

In terms of the COVID impact, while the virus has had great costs in Europe – human and financial – in the medium and long terms, it will not radically change the continent, not in this area of policy nor in any other. It will not shift paradigms.

Focus thus needs to be widened to the global impact of COVID, including increased displacement. This means a rethinking of Europe’s engagement with other countries, curtailing the trend of capturing external policies and funding to prevent migration and secure deportations (which become even more unjustifiable when countries are heavily affected by COVID). Instead, policies should pivot back to their original objectives as needs are increasing – security for people, service provision, livelihoods, etc.  There is a strong risk of a panicked response and attempts to try to block people’s movements which must be resisted.

While COVID may not revolutionise Europe, it has provoked negative and positive responses. The negative changes need to be resisted and repealed as matter of urgency, otherwise they will become normalised. While some were valid temporary responses to COVID, others involved using COVID as excuse to introduce anti-asylum or even anti-democratic measures (disguised as migration control). Of particular concern have been limitations on access to asylum procedures and on access to territory at land and sea borders, where flagrant violations are still happening. When EU leaders speak out, it does make a difference so should be continued, even though it may be perceived as difficult to criticise Member States when seeking support for the Recovery Plan and the MFF. After all, some of the countries committing the worst violations are set to benefit significantly from EU funding and the leverage works both ways: benefits should be dependent on compliance with law.

On the positive side, some changes are intangible or at least unquantifiable but still important. There is greater realisation that people on the move are more vulnerable to COVID (or any other health emergency) as a result of deliberate policy choices, for instance those leading to the increases in detention and destitution, and that not only does this strategy not eliminate pull factors, it also has a negative impact on society as a whole.

In fact, the pull factor argument is further debunked. For example, Search and Rescue largely ceased during the crisis but people still attempted to cross the sea; borders are closed but still people move. So, there is no excuse for measures of punishment and deterrence. As ECRE has previously noted, it was positive that relocation out of Greece continued despite the crisis and the Commission prioritised the relocation agreement it had brokered. Given COVID-related displacement and increases in sea crossings, continued implementation of the informal relocation agreements is essential – otherwise a political panic on SAR and disembarkation could again create a humanitarian emergency.

The health emergency has also put things in perspective, particular in the security domain. Refugees crossing a border is not a major security threat, compared to the impact of COVID which has negatively affected human security but also cyber security, critical infrastructure, social relations and geopolitical power balances. The need and reliance on migration has also been highlighted. Finally, the extremists – so-called populists – have had a bad crisis because people see the importance of calm and responsible decision-making and the need to focus on real concerns not manufactured fears. They will be back of course but, combined, all these factors have led to concrete positive, albeit small, changes resulting from better political choices, such as easing of detention regimes, regularisation, and expanded rights to work and to housing.

While a shift in paradigm in asylum and migration policy is not likely, these changes at the margins, negative and positive, are important. Negative changes can be normalised and the system itself gradually changes with further erosion in respect for EU and international law, if abuses are unpunished and restrictions left in place. Positive changes can also contribute to the incremental improvement of the system which means that, despite everything, the long-term trend in Europe is positive (notwithstanding serious backtracking in recent years).

The Pact on migration is imminent, the content is largely predictable, as is the likelihood that it will probably please no-one. The real issue remains the content of legislative proposals that will accompany it, as ECRE has previously commented. New legislation will take a long time to pass because disagreements remain between the Member States, between the Council and Parliament, and within the Parliament. In the meantime, while the Pact is attacked and legislation debated, Europe is not operating in a vacuum: it is part of a global displacement crisis and it has policies, laws and standards in place that should be respected.

In the last few months, a new form of political rhetoric has developed which could be termed “the COVID justification”. COVID is used to explain the importance of an organisation’s work or to demonstrate that it was right all along (“COVID shows the crucial importance of …..”  – add as applicable). What we see in fact is that it might not change much: the positions and the conflicts on asylum and migration that were relevant before remain relevant. Forced displacement is still a global problem and Europe (still) needs to respond in a proportionate and fair way. To do this, it needs to build functioning asylum systems, reform the solidarity piece and add temporary solidarity measures in the meantime; expand safe and legal arrivals for asylum and non-asylum migration; to support inclusion in Europe through rights, respect and regularisation; and ensure external policies respond to countries’ needs not Europe’s (mis) (perceived) interests.