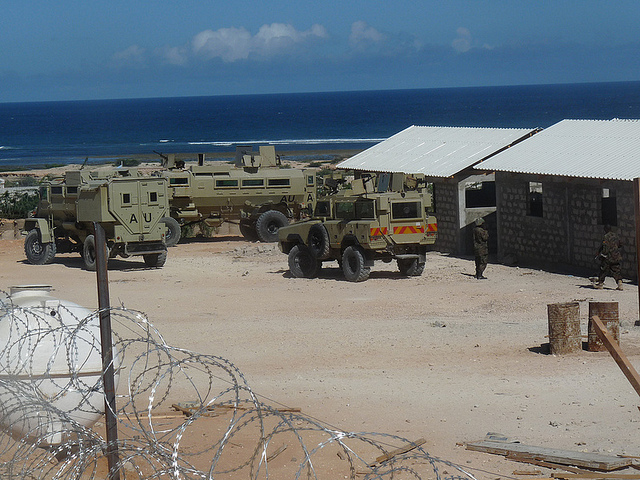 At a meeting in Niamey last week European and African interior and foreign affairs ministers and international organisations met to discuss smuggling and trafficking. The meeting is the next step in the initiative for cooperation on security and migration launched at the Paris meeting convened by President Macron last year.

The initiative appears to be expanding in terms of participants but narrowing in terms of scope. It combines France’s long-standing interest in building strong states in Francophone Africa and Germany’s new-found interest in preventing irregular migration from Africa. But it is funded and in large part delivered through the EU. This means that other Member States and EU institutions and civil society have interests, as well as the local societies. It fits the EU’s new approach of Capacity Building for Security and Development (CBSD) and national level capacity building (training and equipping), building the G5 regional armed force, and some legislative reform, with activities delivered through the EU’s crisis management (CSDP) missions, Frontex, and EU funding.

There are potentially positive elements here and it would be wrong to reject linking security and migration per se: after all, the people of the Sahel desperately want security and one of the main reasons for forced displacement is lack of security; horrendous abuses are committed on migrants, destroying their security.

And criticising the initiative as “securitisation of migration” is to only see half the picture: it is not only about using security tools to address migration but also about the continued intrusion into the security field of policy objectives linked to migration – “migratising” security rather than the other way round. And this gives rise to questions.

First, what are the objectives of this initiative and of EU CBSD in the Sahel now? Is it supposed to strengthen security? Or is it to disrupt smuggling to prevent irregular migration to Europe? The latter is a short-term objective which distorts CBSD to meet Europe’s own perceived interest in preventing migration, and it may undermine security in the region.

Second, whose security is at stake? The EU can play a useful role in supporting security in the Sahel+ region but its actions have to be based in some way on the security priorities of the region. Is disruption of smuggling the number one security priority for either the states or the people of the region? Are the people of the countries being consulted in any way about their security needs? Some of the countries involved are significant countries of origin of migrants leaving for Europe and lack of security is a reason for departure, so even from a migration control perspective it is important to include them. Security for the region is far more than states controlling their borders. Although it is sacrilegious to say it these days, even for Europeans, irregular migration is not the number one security threat we face.

Third, who provides security? The initiative looks very étatist – focused on building up state security forces. But what if these forces are themselves the creators of insecurity, violators of human rights – and facilitators of smuggling? These are the risks attached to the CBSD approach in general.

Fourth, how does the initiative relate to economic development? Security is a precondition for development but does this type of initiative generate the right security? Migration is also essential to the economies of the region and research has already demonstrated that European efforts to prevent migration of the small percentage of people who seek to reach Europe disrupts intra-regional migratory flows of people and goods. The statement from the meeting includes references to sustainable development and alternative livelihoods, all of which must be backed up by adequate support from development funding (rather than it being diverted to yet more “security” initiatives.)

The effectiveness of the initiative could be improved: make it less state-centric by integrating some assessment of people’s security needs, and consult and engage beyond the state forces to be supported. Add in reform and accountability measures. Bolster safeguards such as the presence of human rights advisors in EUCAP Sahel and Mali with extra support, resources and higher status.

But really, this should be more about security and less about migration. Well-governed states providing security for their people is the best way to reduce forced displacement in the short term and to create economic development in the longer term. We need to reclaim development and security policies from migration.