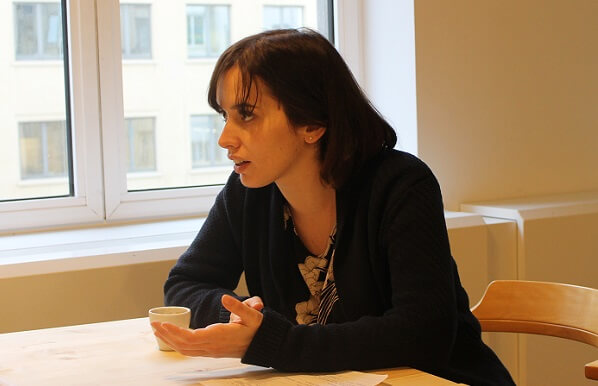 In 2015 when the crisis on the Mediterranean worsened I was an Erasmus student of law in Vienna. I guess at the time despite my comparatively privileged situation as an EU citizen I was a migrant myself. It was not hard to imagine why people would move to seek protection or opportunity from some of the poorest and most unstable places in the world. In fact it was quite clear to me I could have been on one of the boats if my circumstances had been different. I remember watching shipwrecks and drownings on TV happening close to Italy where I come from and feeling totally ignorant of the causes of these disturbing events unfolding. I ended up writing my Master thesis on the impact of search and rescue and push-back operations at sea.

Then I decided to specialize in migration. I am happy that my education includes broader migration studies as well as law because despite their importance as legal instruments, protection categories can never sum up individual human experience and nor can human rights conventions capture the complexity of the current global displacement or migration trends.

Since then I volunteered at a Jesuit Refugee Service run reception centre in Rome and worked as legal adviser in my hometown Bologna. Somehow, I had imagined, as many people arriving as refugees or migrants do, that reaching Europe meant the end of their troubles – I soon realised that indeed this was not the case.

Our asylum systems are asking people to come up with coherent and detailed accounts of their travels and pasts. For many it is the first time they have had to share deeply personal stories with complete strangers and on top of that they have just gone through extreme stress of flight and irregular travels.

My very first case as legal adviser in Bologna was a young man from West Africa.  For the first hour with me and the cultural mediator he was silent. As a legal advisor you of course cannot suggest things or guide someone who is going to seek asylum so we simply didn’t push and tried to slowly create an atmosphere of trust. We spend 6-8 hours together over 3-4 sessions and he was able to retrace all the reasons why he left his county. When he later was granted asylum in Italy it left the feeling that we had played our little part in ensuring that he had been secure enough to share his story and obtain the right to protection.

Since the Salvini decree, that was sadly not changed by the current government, this of course will never be possible. The legal support has been replaced by a “legal information service” which is granted only for 3 hours a week covering 50 people. The cultural mediation and translation has been radically limited and the question is how you can you guarantee people’s rights if you can’t even talk with them because of the lack of linguistic support?  This type of policies have impacted also the professionals involved in the sector, mainly young people like me, who are facing collective dismissals.

An illustrative example of the negative development of the last years would be the situation of a reception facility where I used to work. A big pre-removal detention centre reconverted firstly into a temporary hub and now into a reception centre. The conditions were so problematic that even the staff were suggesting its closure. Yet, when authorities moved to close it and transfer the 120 inhabitants to Sicily, where most of them had no connections or chances to find a job, the alternative was so much worse that the staff ended up mobilizing alongside civil society and trade unions in order to keep it open. When I started working in the sector, I thought things could only improve but now I’ve realized we should never take rights for granted.

I have seen the concrete individual impact of European system failure. For example Dublin cases where people were forced to go underground because they were unable to join relatives in another EU country than where they were first registered.

I believe political change at EU level and full implementation at member state level is the only way to find solutions. ECRE is in a unique position to address EU institutions and politicians with its position in Brussels as well as national politicians through its membership – in that sense I am in the right place. Working in the Strategic Litigation Team is an amazing opportunity for me. I believe that the creation of an international network of lawyers that support each other and work together for the promotion of jurisprudence developments is an example of the importance of putting our skills and experiences together in order to achieve a more fair system.

On a more personal level and to go full circle on this interview, Italy has been a country of emigrants for centuries and still see more people leaving than arriving. Having lived in Austria as well as the UK amid the Brexit vote I am painfully aware that crossing borders in the world of today is a privilege we cannot take for granted and therefore we should be aware that the people risking their life on irregular routes or are detained, pushed back or deported trying to escape poverty, war or persecution have been and might be us one day.