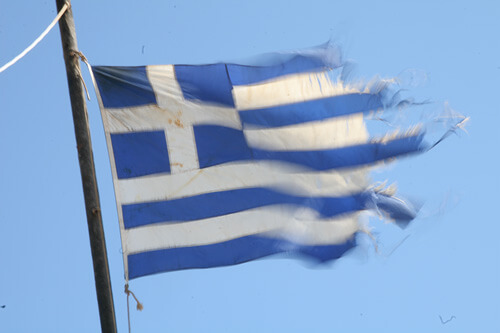 Greek authorities are continuing apparently illegal actions in an attempt to stop people entering from Turkey. EU confirms that violations will be discussed and short of declaring Greek suspension of procedures illegal, states that they cannot be suspended. A group of member states offered to take in unaccompanied children from the Greek island camps.

Following the controversial suspension of asylum procedures the Greek authorities appear to be continuing violations of international and European law. Media have uncovered the use of detention at “a secret extrajudicial location” in north eastern Greece from where people are expelled to Turkey without access to an asylum procedure and allegedly after being stripped of their belongings and beaten.

Since March 1, Greek authorities have detained 450 people interdicted by the Greek Coast Guard on the vessel docked in the Mytilene Harbour in Lesbos. Bill Frelick, refugee and migrants rights director at Human Rights Watch states: “The refusal to allow people in its custody to seek asylum and the open threat to send them back to their persecutors flies in the face of the legal obligations Greece has agreed to and the values and principles it claims to represent.”

A Danish boat patrolling as part of Operation Poseidon, a border surveillance mission coordinated by the European Border and Coast Guard Agency Frontex, refused orders from operation headquarters to return 33 rescued people to their dinghy and tow it out of Greek territorial waters. The crew considered the order would endanger the lives of the people and instead brought them to the island of Kos. Lieutenant Commander Jan Niegsch and Jens Møller, the police chief in charge of the Danish unit, confirm that the Greek coast guard is under orders to prevent migrant boats from crossing the sea border between Turkey and Greece.

Responding to the suspension of the Greek asylum procedure, Ylva Johansson, EU commissioner for home affairs stated: “Individuals in the European Union have the right to apply for asylum. This is in the treaty, this is in international law. This we can’t suspend.” On the abuse, detention and expelling of asylum seekers to Turkey from facilities in north eastern Greece the Commissioner said: “These kind of temporary detentions that they have set up – is one of the things I would like to know more about … Of course you can have detention for some period of people that have come, but of course you can’t beat them.”  During a meeting with Johansson MEP’s from the European Parliament Committee on Civil Liberties, Justice and Home Affairs (LIBE) expressed: “deep concern about the deteriorating humanitarian situation both at the border with Turkey and on the Greek islands, where thousands of asylum-seekers, many of them unaccompanied minors, are stranded.”

The German government has offered to receive “an appropriate share” of the most vulnerable children from the overcrowded island camps and additional promises have been put forward by France, Portugal, Finland and Luxembourg. The ambition of EU as a whole is to assist somewhere between 1000 and 1600 children. Further the European Commission is launching a scheme to offer 2000 Euros per person as an incentive for people to return to their country of origin from the Greek islands. The scheme will be managed by the International Organization for Migration (IOM) and the European Border and Coast Guard Agency Frontex.

Since Turkey decided not to prevent people from leaving its territory – demanding support from the EU on the conflict in the Idlib Province of Syria and on delivering on its commitments on hosting of refugees – 10,000 people have gathered in the Evros border region between Turkey and Greece. Greek authorities claim to have prevented 42,000 attempts to cross within the last two weeks.

Turkey is hosting a total of 4 million refugees and asylum seekers including 3,6 million Syrian nationals. Greece has seen the arrival of 8,736 people so far this year and a total of 75,000 arrivals in 2019.