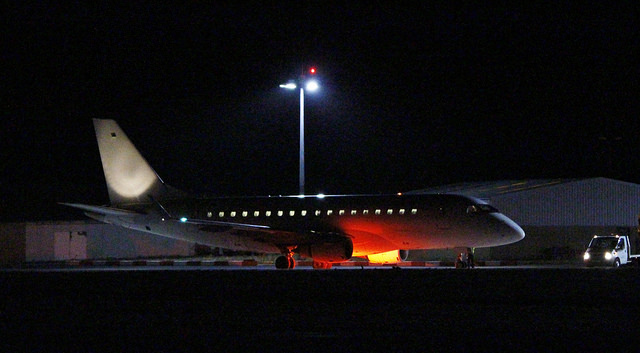 The Stansted 15, fifteen anti-deportation activists who grounded a charter immigration removal flight last year, began their trial on Monday. They have been charged with aggravated trespass and endangering safety at an aerodrome, an unprecedented terrorism related charge which could result in life sentences.

The 15 were a coalition of three activist groups; End Deportations, Lesbian and Gays Support the Migrants and Plane Stupid. On the 28th of March the group locked themselves to a tripod to stop a deportation charter flight leaving from Stansted Airport in Essex, to Nigeria and Ghana. The defendants claim that the action was able to stop 34 of the 57 deportations, as a delay allowed these detainees additional time to pursue legal options. Although activists in the UK have used almost exactly the same direct action techniques on airplane runways before, they were charged only with aggravated trespass. The 15 will plead not guilty and the trial is set to last 6 weeks.

The UK began using charter deportation flights in 2001, alongside deportations taking place on standard flights. The Home Office reported 12,521 enforced returns in the year ending in September 2016. Juno Davis from End Deportations said, “Flights like the one stopped by the defendants in March last year are a brutal, and secretive and barely legal way of forcing people out of the UK. The government racially profiles people to fill seats on a plane, sending people to countries they may have little or no contact with and where they may face real risk of serious harm or even death.” Last year the British Supreme Court ruled the governments ‘deport first, appeal later’ policy introduced in 2014 was unlawful.

There has been vocal public support for the defendant’s, including a letter published in the Guardian calling for an end to the secret deportation flights. The letter states: “People across the UK are standing together to stop the Home Office breaking up families and tearing communities apart. We call for all charges against the Stansted 15 to be dropped and for the Home Office to immediately cease chartering flights for deportation.” Signatories include Caroline Lucas MP, David Lammy MP, Gloria Steinem and Naomi Klein.