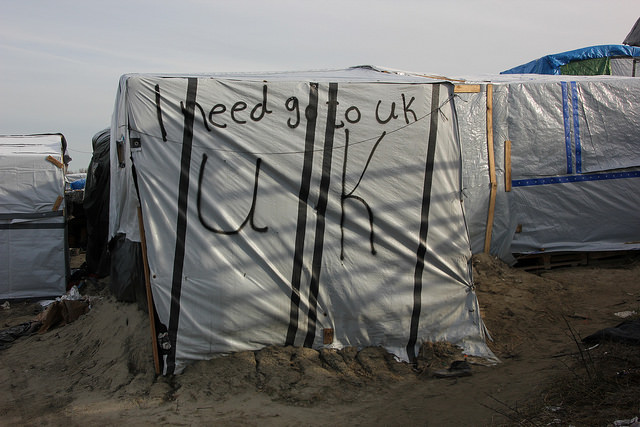 Last week a fifteen year old Afghan boy (ZS), was challenging the Secretary of State in high court over failing in her duties over the ‘Dubs Amendment’. ZS was one of the vulnerable children denied entry to the UK under the ‘Dubs Amendment’, following the eviction of the Calais ‘Jungle’ in 2016.

The challenge argues that the Secretary of State for the Home Department, Amber Rudd, has failed in her duties by introducing unlawful criteria and unfair procedures. This includes: restricting the amendment with policy which automatically excluded children based on their age, nationality and date of arrival in Europe; delegating her duties to ‘make arrangements’ to the French authorities; and publishing policy which is inconsistent with the practical application of the amendment.

Having suffered from abuse from criminal gangs and several suicide attempts, ZS’ case was brought to UK officials to be considered under the Dubs scheme as a matter of urgency by NGO’s and French authorities in 2016. Although criteria had been imposed to limit the Dubs scheme to Sudanese or Syrian children, discretion was available for those considered to be at high risk of exploitation. Elaine Ortiz from the Hummingbird Project, a charity supporting ZS, said, “The Secretary of State has made life changing decisions on the futures of these young people, without taking into account vital evidence which was made available to her, through the legal teams and NGO’s working on the ground.”

ZS originally asked the court to review the legality of his refusal in December 2016, but the court decided to hold this until litigation by Help Refugees, also concerning the Dubs Amendment, had concluded. ZS has also now been given permission to challenge part of the Government’s new policy which remains unpublished.

There are currently an estimated 100-150 homeless unaccompanied children in Calais and Grande-Synthe. As of January 2018, only 230 children have been relocated from Europe to the UK under Dubs. The Home Office has pledged to relocate 480 children in total.