UN to dispatch teams to Italy and Austria, due to increased anti-migrant violence 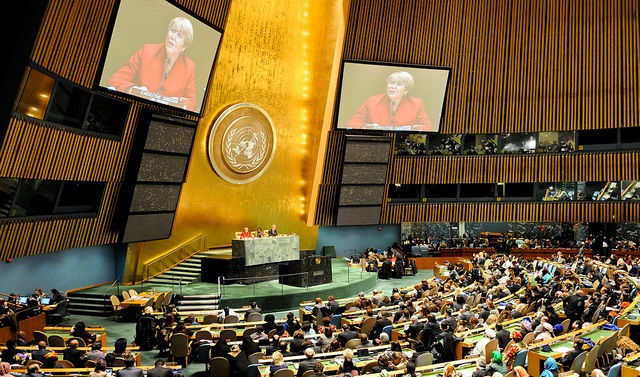 The UN has revealed plans to dispatch teams to Austria and Italy in order to assess the treatment of asylum seekers and migrants, after reports of rising discriminatory violence.

Newly-appointed UN High Commissioner for Human Rights, Michelle Bachelet, voiced concern during her opening statement at the 39th Session of the Human Rights Council, in which she announced her office’s intention to assess the reported sharp increase in acts of violence and racism against “migrants, persons of African descent and Roma”. She further stated that “Prioritising the return of migrants from Europe, without ensuring that key international human rights obligations are upheld, cannot be considered a protection response”.

The High Commissioner criticised Europe’s migration management policies, including policies on regional disembarkation platforms for refugees and search and rescue operations in the Mediterranean. She made specific mention of Italy’s closure of ports to NGO rescue ships, provoking an angry response on behalf of the Italian interior minister, Matteo Salvini. Austria and Hungary have also rejected the UN’s criticism of their refugee policies.

Moves that demonstrate anti- migrant policies have received wide media attention in recent weeks. In August, Italy’s new government faced criticism concerning its disembarkation policies after Salvini forced vulnerable refugees and asylum- seekers to remain on board the ship the Diciotti for almost a week. In the same month, the Austrian government also received criticism from civil society organisations after tabling a bill to remove the possibility for young asylum seekers to undertake apprenticeships.