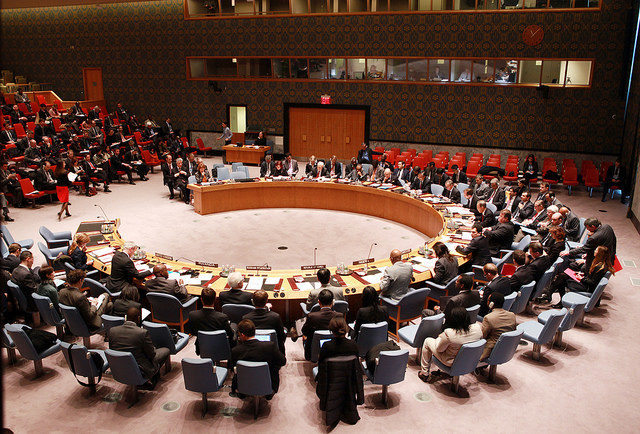 The United Nations Security Council has imposed sanctions on six men in Libya accused of leading brutal human trafficking networks across the Mediterranean. Travel bans and global assets freeze are imposed on four Libyans and two Eritreans. This is the first time the UN has used sanctions against human traffickers.

The six leaders punished include the head of a Libyan regional coast guard unit, Abd al-Rahman al-Milad. He has been accused by a UN panel of experts of being “directly involved in the sinking of migrant boats using firearms ”.

According to EU sources he is not among the 200 coast guard personnel who has received training from the Union and participants are put through a “thorough and robust vetting procedure” but the Security Council’s sanctions have highlighted the UN’s criticism of the Libyan coastguards, which has been “consistently linked with violence against migrants”.

As a major route for migrants making the journey to Europe, Libya has become a breeding ground for human trafficking networks. Taking advantage of conflict, instability and a vacuum of law within the country, as well as the absence of safe and legal routes to protection for refugees, these networks have turned migration into a lucrative business operation. Forced labour, kidnappings, violence and abuse of migrants is well documented. According to the African Union, between 400,000 and 700,000 migrants are stuck in detention camps across Libya, often enduring inhumane conditions and human rights violations.

UN Secretary-General António Guterres stated in a tweet, “We were all horrified by pictures of human beings for sale in Libya last year. I welcome the Security Council’s decision to sanction six traffickers and smugglers. There must be accountability for exploitation and human rights abuses.”

Amnesty International North Africa campaign Director Najia Bounaim has commented, “Yesterday’s decision by the UN Security Council is a welcome first step towards justice for the thousands of migrants and refugees who have found themselves at the mercy of such individuals in Libya. These sanctions send a clear message that those who exploit the situation of vulnerable people will not go unnoticed.” The sanctions follow footage of Libyan detention camps appearing to show migrants being sold as slaves, which sparked international outrage last year.