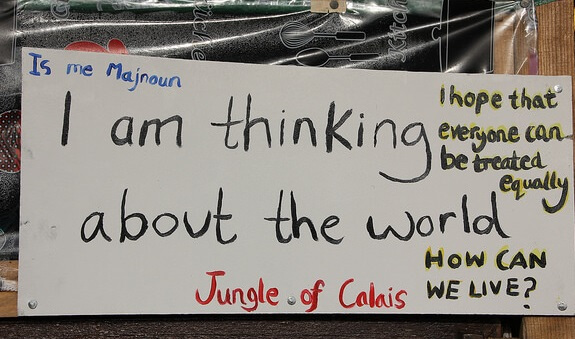 Minister for immigration, Caroline Nokes, announced on Thursday that the Home Office is to offer children who were brought to the UK when the ‘Jungle’ camp in Calais was demolished, an exceptional form of “Calais leave”. This leave which will included the right to study, work, and have access to public funds and healthcare, with the option to apply for settlement after 10 years.

When the makeshift camp was demolished in 2016, approximately 750 unaccompanied children were brought to the UK. A total of 549 were to be reunited with family members, but after arrival it was decided that a small number of these did not qualify for refugee status under immigration rules, and would therefore have only been entitled to unaccompanied asylum child (UASC) leave which expires as soon as the child turns 18. Qualification for the leave is highly specific- it will be granted only to those that were brought over as part of the Calais clearance exercise in October 2016, who were under the age of 18 at the time and who had recognised family ties in the UK.

While the move has been welcomed, campaigners remain critical of what they call an ‘arbitrary and unfair policy’, which will still neglect vulnerable children who had left Calais just months before the demolition. At the same time it is criticised that those that are entitled to the leave will have to wait twice as long to apply for indefinite leave to remain as those who have been recognised as refugees via the regular procedure. Safe Passage have voiced concern over the effect this will have on the young people that have already “been suffering in limbo for two years” uncertain as to the future of their status.

The exceptional form of leave has been introduced less than 3 months after The Court of Appeal deemed unlawful the ‘one- off expedited procedure’ through which the Home Office decided the asylum claims of some 2,000 children during the clearances of ‘the Jungle’ in 2016. Beth Gardiner-Smith of Safe Passage stated that “by refusing some children’s applications without providing reasons, the Home Office left potentially hundreds of unaccompanied children in Calais with no viable legal avenues to join their families”. Reports suggest that as many as 709 of the children left behind by the rushed procedure have subsequently gone missing in France.

Currently, child refugees cannot apply for parents to join them in the UK, while adults can only apply for spouses and children aged 18 or under to join them. A private member’s bill which has been spearheaded by the Scottish National MP Angus MacNeil and is currently going through the House of Commons proposes to broaden the definition of a family member under the rules.