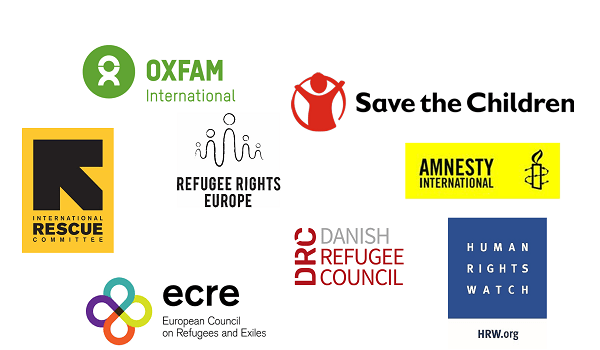 The shocking images of migrants and asylum-seekers abused by Croatian authorities are part of the persistent and well-documented trend of human rights violations taking place at European borders. They are also a reflection of the widespread impunity of European Union (EU) Member States’ border authorities and demonstrate the urgent need to address this in a systematic manner.

As part of the recently announced Pact on Migration and Asylum, the European Commission proposed the establishment of an independent monitoring mechanism to investigate allegations of fundamental rights violations at borders. The proposed monitoring mechanism has the potential to address violations but only if it is expanded in scope; independence is ensured; accountability for violations is strengthened; and suitable consequences follow governments’ non-compliance. Failing this, the mechanism risks being a fig leaf behind which violations continue. The role of the Fundamental Rights Agency in developing guidance on the mechanism is welcome but since this guidance will not be binding on Member States, it does not address these concerns.

While Members of the European Parliament and representatives of EU Member States assess the proposal and prepare for negotiations, the undersigned organisations urge the following changes:

The vast majority of unlawful practices take place outside of official border crossings, police facilities or formal procedures – in situations in which border management or law enforcement authorities assume they act outside functioning oversight mechanisms. Thus, any geographical (e.g. only at certain centres; border crossings) or procedural (e.g. only in relation to certain processes such as the screening phase) limitations to the scope of the mechanism would create blind spots and enable violations to continue. Furthermore, victims of push backs often end up on the other side of the border, which presents particular challenges should this render them outside of the EU. The proposal thus needs to be amended to ensure that the mechanism can consider cross-border events when the nature of the alleged fundamental rights violations so requires and act upon information received from individuals who find themselves outside the territory of the state where the alleged violation has taken place.

Investigating violations of fundamental rights perpetrated by police, border guards or other government actors is politically sensitive. To ensure that the mechanism is credible and effective, it has to be managed by or at very least involve independent organisations. This can include national authorities such as National Human Rights Institutions or National Ombudspersons, which are regularly assessed for their independence or are subject to international standards guaranteeing independence as well as non-governmental organisations and international bodies. To further support independence, financial resources should be made available under Integrated Border Management Fund and in other non-national sources. It should also be made explicit that the mechanism can take into account and act upon relevant information provided by international organisations, non-governmental organisations, journalists, EU agencies and institutions even if they are not part of the mechanism.

The litmus test for the mechanism is the extent to which it will trigger concrete action should it identify a risk of or receive allegations of rights violations. The proposal needs to specify the follow-up process so that authorities do not dismiss the need to act, a common practice in several Member States. Accountability to potentially affected individuals should entail guarantees to provide information about the monitoring mechanism, legal advice and effective access to justice. In addition, the obligation to prepare periodic, public reports on findings and conclusions, including on steps taken to hold those responsible for violations of fundamental rights to account and whether or how previous recommendations have been followed up, should be included.

To create a robust mechanism at national level, there need to be consequences for obstruction of the mechanism’s work (e.g. failure to grant access to border areas, documents or locations where victims of push backs find themselves) or non-compliance with its findings. For instance, it should be possible for the European Commission to withhold EU funding by linking the mechanism to the monitoring of the effective application and implementation of the EU Charter of Fundamental Rights, which is an ongoing exercise and suggested precondition for Member States to receive EU funding in the next EU budget. Also, the European Commission should take into consideration the findings of the mechanism when assessing a Member State’s compliance with the asylum acquis.

The serious violations committed at European borders with impunity must end. It is now up to Members of the European Parliament and Member States to ensure that violations of rights at EU borders are recorded, that those responsible are held to account and that justice for individuals affected is guaranteed.