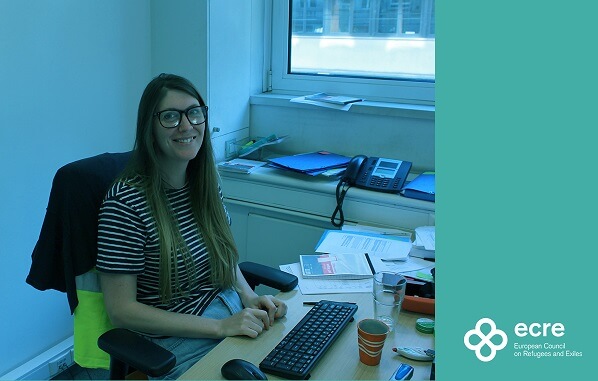 ECRE’s legal support and strategic litigation aims to support asylum seekers and refugees to access their rights through the courts and to effect deeper legal changes through litigation. Legal support involves advice, training and networking for asylum lawyers. ECRE coordinates the ELENA legal network along with national coordinators in 38 European countries representing 500 asylum lawyers many with no other source of support. Every year over 100 legal queries from lawyers working on individual cases are answered, with advice on jurisprudence, interpretation and argumentation provided.

The European Database of Asylum Law (EDAL) is an online database compiling summaries of asylum case law from the courts of 22 European states, the Court of Justice of the EU (CJEU) and the European Court of Human Rights (ECtHR). EDAL is an invaluable resource, frequently consulted and cited by courts and lawyers in Europe. The ECRE Weekly Legal Update (EWLU) is distributed to 3300 subscribers, providing them with information on developments in asylum law.

Strategic litigation involves identifying and supporting legal cases which have the potential to generate significant legal changes. ECRE’s litigation priorities are access to asylum procedures, detention, reception conditions, the Dublin system and family reunification. ECRE is directly engaged in cases, the implementation of judgments, and third party interventions, as well as providing guidance and statements of supporting evidence for the litigation of others.

We have seen a trend of political debates and practices at EU level and across member states focusing more on preventing access than ensuring protection of fundamental human rights for asylum seekers particularly since 2015 – how has this affected ECRE’s legal work?

States have always had the right to control the entry, residence and exit of non-nationals to their State, however for many years now the manner in which States have exercised these types of control has shaken the very core of fundamental rights protection for those in need of safety. With (not so) novel State practices preventing asylum seekers from accessing asylum procedures – be it refusal of entry at the border, intercepting and refouling persons back at sea, finding a third country to be a safe heaven or even preventing persons from leaving third countries in the first place – comes a great responsibility on asylum lawyers to voice and secure the rights of their clients, to name and shame unlawful State practices and to come up with arguments which hold States accountable for their circumvention of the law. Now, more than ever then, asylum lawyers are acting on all fronts, they are advocates, they are mentors, they are innovators and they are gamblers. Most of all, asylum lawyers are the trigger by which the system of checks and balances that national and European courts are tasked with are operationalised and we, at ECRE’s legal team, are there providing them the tools and support that they need all the way. As you can imagine, there is a need to provide more and more tools to asylum lawyers in today’s context and we have been expanding our activities to cover both indirect and direct support to practitioners. We do this through research and compilation of arguments for lawyers, through third party interventions, collective complaints and as parties to the proceedings. The results can be spectacular. For example, we have been involved as third party interveners, along with our litigation partners, in cases which are now landmark – in the sense that they have set human rights standards for asylum seekers. We have intervened in cases before the European Court of Human Rights where Spain was condemned for rejecting asylum seekers and migrants from their land border with Morocco, without any assessment of their individual circumstances by Spanish authorities. This practice has been a continuous one from Spain (and many other European countries) and our intervention was referenced by the Court in their judgment finding Spain to be in breach of the European Convention on Human Rights. Why is this so important? Because judges in Strasbourg have said that States, in order to comply with their legal obligations, must identify, interview, examine and register a person who is within their jurisdiction and cannot send them back to a country without first having done so. This means that individuals arriving, for example, at the external land borders of the EU, have the right to be individually identified and afforded the opportunity to meaningfully raise personal objections to their return to another country.

Access to qualified legal assistance and information is a challenge for asylum seekers – what is ECRE’s response to this challenge?

Indeed it is, and ever since 1985 the ELENA Network, a forum of asylum legal practitioners, has existed to make sure that the highest human rights standards for the treatment of refugees, asylum seekers and other persons in need of international protection are respected and enforced. ECRE manages the ELENA Network which allows ECRE’s legal team to be in constant contact with asylum lawyers, to be informed of cases that they are taking and wish us to assist with and to provide the argumentation and comparative research that we have in-house. Our legal team’s work is infused with qualitative arguments which take into account the latest case law and standards from different human rights instruments and which then translate into solid arguments for lawyers to present to courts. Where this type of assistance is not provided, the results can be dire. No information or incorrect information can be given to asylum applicants, lawyers might not know about useful case law or interpretation of standards for their argumentation and courts may end up giving a judgment which is not as well-informed as it could be.

One of the fundamental tools for human rights lawyers when building arguments is access to case-law – what is ECRE doing in that regard?

ECRE manages and coordinates a database of asylum judgments from both domestic and European courts. It is unique in the sense that it is the only freely accessible database of its kind to include case law on asylum from 22 European countries and the European courts. It is also distinctive in the sense that the database is continuously updated with new judgments and concise summaries to give the reader a snapshot of the reasoning behind the courts decisions. As such, it covers a vast array of topics which are currently being litigated before the courts, giving an accurate picture of the jurisprudential landscape within the asylum field.  EDAL also keeps readers up to date with the latest commentary on asylum judgments and practices through the EDAL blog. EDAL is also very easy to use, we have made searches streamlined through keywords and you can even search for a case per article of a specific law.

As you can image, we, a team of 4, are faced with an enormous challenge to first scout out the cases from the 22 European countries which are relevant for users and to then complete summaries in English of the cases. In this respect, we are massively helped out by the ELENA Network, a network of asylum practitioners across Europe and AIDA reports to identify cases and we are assisted by fantastic pro-bono contributors who complete summaries of cases in languages that our team cannot cover in-house. Nonetheless, in order to keep up with our large portfolio of cases we are constantly on the look-out for additional contributors to help us identify and to complete summaries of the cases we then put on EDAL!