This is not a war – the need for demilitarisation of migration, OP-ed by Yves Niyiragira, Executive Director of Fahamu 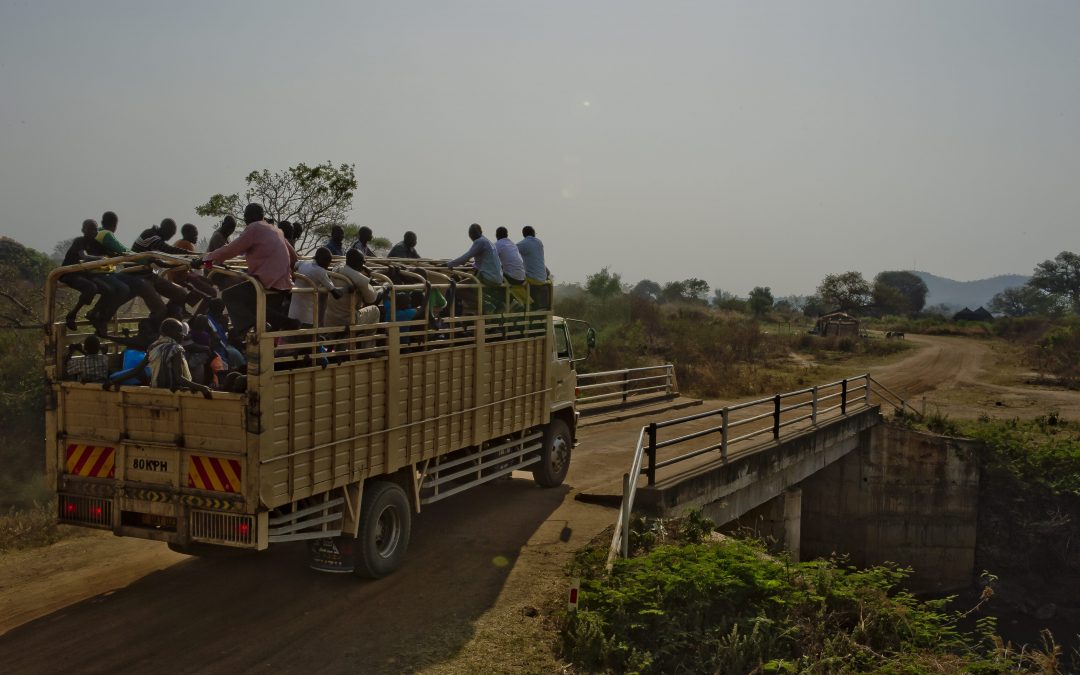 Yves Niyiragira is Executive Director of Fahamu, a pan-African organisation that works for social justice. He has more than 12 years of experience in policy analysis, advocacy, and managing campaigns on a number of African Union legal instruments and policy standards, especially those related to governance, democratisation, freedom of movement and women’s rights among others as well as a good understanding of international affairs and international humanitarian laws. He holds a Master’s degree in International Relations with a specialisation in Diplomacy and Foreign Policy.

In April 2015, Africans were shocked to hear news of the death[i] of more than 800 of their fellow African brothers and sisters in a single day trying to cross the Mediterranean Sea to go to Europe. In November 2015, five months after that awful loss of lives, European leaders invited African leaders to attend a summit on migration in Valetta, Malta.  The main issue in the minds of European leaders was how to convince or force their African guests to do whatever was necessary including the use of military force and opening detention centres to stop Africans from going to Europe. It did not matter if Europe was dealing with African repressive leaders—the same heads of state and governments that were the main reason why Africans, especially young people, were leaving their countries to go to Europe and other places.

Whereas European leaders were hesitant in engaging autocrats from Africa on other issues, they did not have a problem to “make deals[ii] with them” in order to stop Africans from going to Europe. An example is the agreement that the Italian government has just signed with tribal leaders in Libya without any consideration of the serious abuses that these tribal groups are committing against migrants. Values of human dignity, accountability, freedom of association, and freedom of movement are virtues that Europe has defined itself by for centuries – but is quick to disregard when dealing with migrants.

Sadly, political leaders seem to be responding to calls from a loud minority of their electorate with anti-immigration views – views that conveniently fail to consider the role that the same political leaders and their predecessors might have played in destabilising African countries. Death, displacement of people and destruction of property are not isolated ‘African’ phenomena but the result of complex global development that involves European influence. Further, these anti-immigration views are feeding on misconceptions too uncritically distributed by European and Western media with the result of creating fear and anti-immigration sentiments among ordinary people.

For instance, when the former head of the United Kingdom mission in Benghazi, Libya between 2012 and 2014, Joe Walker-Cousins, said that “more than a million[iii] African migrants” were on their way to Europe, he must have known that he was exaggerating to influence public opinions on the issue of migration. Similarly, when the President of the European Parliament warns his colleagues that “twenty[iv] million African migrants” could be heading to Europe, he must have known that he is not being genuine. Unfortunately, these types of comments from prominent European politicians are too often allowed to pass through journalists and editors without critical questions or research putting them in perspective.

Fortunately, there are many European analysts and scholars who could help to initiate more qualified discussions in Europe if they are given the opportunity. One of them could be Professor Ton Dietz, Director of the African Studies Centre at Leiden University, in The Netherlands. The work of Professor Dietz provides a general fact-based perspective on migration offering for instance the proportion of Africans in the global migration flows. With a population of more than one billion people, Africa has only about 16 million of its citizens living outside of their continent; which represents about 1.3% of the African population. Additionally, out of 244 million people who are considered as international immigrants, the majority of them live in the global South and not in North America or Europe[v].

Furthermore, there are more people who move from one African country to another African country than those who move to other continents. These people could be fleeing persecution, conflict or natural disasters in their home countries or might simply be searching for better opportunities much like Europeans have done throughout history. There are also Africans who leave their rural homes to go to urban settlements of their own countries in search of better economic opportunities, better education or for other reasons much like it happens in European countries. These other types of migration are not included in the Western dominant narratives reducing migration to a South-North issue and by leaving out the complexity of migration we create a simplified and problematic image of the migrants arriving in Europe – they become a foreign element rather than a recognisable part of a humanity defined by its heritage and history of moving from place to place.

Human beings including Europeans[vi] started migrating thousands of years ago and continue doing so. Migration is not a problem; it is part of humanity. What is a problem is not to understand why people migrate and using recent refugee flows from war-torn countries such as Syria, Iraq and Libya to politicise and militarise the whole issue of migration. In addition, it is a problem to fail to understand or to refuse to know the various causes of conflicts that are going on in African countries such as Libya, Nigeria, Somalia, the Democratic Republic of Congo and Mali and the role that European countries have played in generating those conflicts.

The world has become a global village. A country cannot cause trouble in another country that is thousands of kilometres away thinking that the impact of that trouble would not reach them. As such, making visa regimes very difficult or building[vii] walls in order to discourage people from moving are desperate measures that are simply not addressing the root causes of global migration.

There is a growing need for genuine dialogue between world leaders in order to put humanity first. If global inequalities continue growing the way they are, people will continue moving to where they think they can prosper. The prosperity of Europe depends of the success of Africa. Instead of European policymakers engaging in stopping a few Africans from going to Europe, they should strategise on how to help African people to get rid of corrupt and autocrat leaders who are taking wealth out of Africa instead of striking deals with them. European policymakers should be planning to work with African people on ensuring that the two neighbouring continents can live in harmony and respect and agree to collaborate in tackling mutual challenges. Indeed, problems in Africa will affect Europe as long as the two continents are neighbours and similarly, Europe will benefit from a positive development in Africa. Europe can do more to help Africa achieve that positive development including transfer of technologies, removing market barriers and helping to create employment among other things.

As European leaders plan to meet with their African counterparts in Abidjan, Côte d’Ivoire in November 2017, there is absolute need to have a genuine dialogue. It would be a missed opportunity if migration control were to dominate their discussions. Because fundamentally an Africa free from poverty and conflicts can only be achieved by replacing the imposition of European political and economic agendas on Africa with genuine cooperation. Maybe based on such a relationship the idea that citizens travelling between our continents should drown on the Mediterranean Sea, face barbed wire or detention will be simply a bizarre historic anecdote.

[ii] http://theconversation.com/europes-wall-against-african-migrants-is-almost-complete-76758 accessed on 29 May 2017

[iv] http://www.dailymail.co.uk/news/article-4268820/TWENTY-MILLION-African-migrants-heading-Europe.html accessed on 29 May 2017

[v] https://tondietz.wordpress.com/2017/04/07/nine-statements-to-better-understand-african-migration-to-europe/ accessed on 29 May 2017

[vi] http://ec.europa.eu/eurostat/statistics-explained/index.php/Migration_and_migrant_population_statistics accessed on 29 May 2017