Op-Ed: The Child Refugee and the ‘Jungle’ Camps of Calais 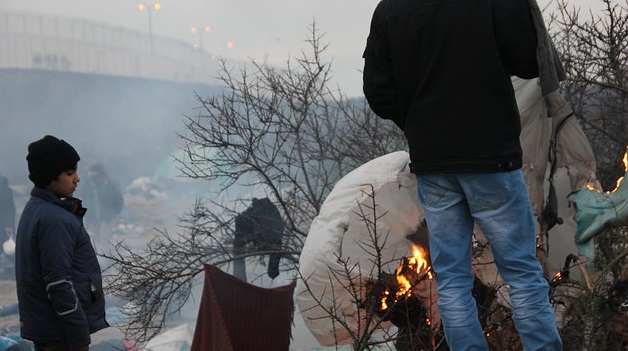 The child refugee, particularly the unaccompanied child, remains a dilemmatic figure in the landscape of forced migration in the EU and worldwide. The increased politicization of migration in the EU has caused the emergence of hostility and far-right populism framing the figure of the refugee as a threat to society, values and economy. National politics in tandem with the negative public debate on migration have become more draconian and anti-humanitarian across the EU putting vulnerable children at particular risk.

The global displacement crisis saw  an increase of arrivals in the UK and Europe between 2014 and 2016, with more than 1 million refugees entering the EU in 2015 alone, and although numbers were modest compared to other regions of the world the reactions at European and national level were to take measures of preventing access and tightening borders. In Calais, tighter passport controls at the border and increased securitization of transport routes produced a bottleneck for growing numbers of refugees, including children, congregated in conditions of increasing squalor and deprivation. In 2016, it was estimated that these camps pejoratively known as ‘the jungle’ were home to 7,000 people, with hundreds living in and around Calais. The UN has labelled conditions in the jungle an ‘indictment’ on western society. From the emergence of the jungle to the demolition of these camps in 2016, to the adoption of a hard-line policy of ‘zero tolerance’, to the makeshift shelters existing under President Macron in 2017, the child refugee remains a tragic figure of neglect and abandonment. The French and British governments have each blamed the other for the ‘blight’ of these camps, and with no long-term or comprehensive plan the situation remains volatile.  Calais became a testing grounds for the UK in terms of the provision of sanctuary for child refugees.

The myth of Britain as a champion of both child rights and refugees has been at odds with the actions of successive governments. Despite the ratification of the UNCRC in 1991, successive Labour and Conservative governments have resisted pressure to incorporate the UNCRC into UK law, framing it as aspirational. At EU level, the main legal route for safe passage for any refugee is under the Dublin III Regulation, which sets out provisions for family reunification between EU countries. While the Dublin Regulation assists asylum seekers already in Europe in joining family members in another EU country, in reality, these dispossessed children often encounter prolonged delays and lengthy bureaucratic processes which elongate their trauma and displacement. There are currently an estimated 200 ‘Dublin children’ in France and up to 2,000 in Greece who could see their main legal and safe route to Britain closed and their rights to family reunion jeopardised when Britain exits the EU.

In the UK, the Children Acts (1989 and 2004) and the Dubs Amendment to the 2016 Immigration Act cover the rights of refugee children an impose statutory obligations on local councils to care for under-18’s who arrive in their area seeking protection. The Dubs Amendment to the 2016 Immigration Act in response to the lengthy delays with Dublin Regulations makes provision for an unspecified number of unaccompanied (and most vulnerable) children already in the EU to be transferred to the UK where their claims for asylum would be heard. A major criticism with the Dubs Amendment is that the responsibility for child refugees falls under the Home Office and the rights and protections of child asylum seekers and refugees are subordinated to political immigration imperatives. At the same time, austerity policies and cuts to council funding have also mitigated the implementation of Dubs.

When the jungle was demolished in 2016, children were still living there waiting for their claims to be processed by France and Britain. Within weeks of the demolition many had absconded from reception centres and begun to return to Calais only to encounter even more hostile environments. France stands accused by the UN of violating its international human rights obligations in its treatment of refugees in Calais and NGOs have reported harassment of the refugees and restrictions on providing aid or relief to the displaced.

The privileging of security in Calais over humanitarian imperatives have subsumed the child refugee into a politics of reticence under both the Cameron and May administrations in the UK. This was evident in the half-hearted implementation of Dubs, and the long delays in effecting the transfers, which were determined by what the Home Office deemed affordable rather what the councils were willing to accommodate.

In reality, the child was caught between visceral politics of migration on one hand and Britain’s historic ideals, on the other, but ultimately was left neglected and unwanted.

Contribute to ECRE: Our ECRE Weekly Bulletin readers are from across the globe and represent a wide range of perspectives, qualifications and opinions potentially interesting for Op-eds and interviews. If you or your organisation would like to contribute to the discussion around refugee and migration policy, we welcome you to contact our Communications Coordinator at vzahle@ecre.org for more information.