Systemic Pushbacks and Border Violence Continue in the Balkans 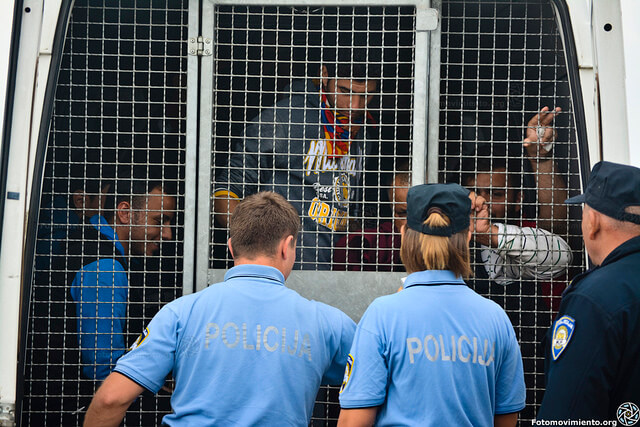 Pushbacks and violent policing practices in the Balkan Region remain a serious matter of concern according to a report published by the Border Violence Monitoring Network.

The report gathers testimonies, photographs and other evidence of violent border practices carried out by law enforcement authorities during September 2019. It raises particular concern with regard to the increased use of police dogs in Croatia and Hungary, which resulted in the hospitalisation of several bite victims. It further reports that 50% of the persons interviewed in September were pushed back from Croatia and forced into the rivers that they had used to cross the border, putting their life at risk. Humiliating and degrading practices have also been reported in Hungary, with people in transit zones being forced to stand in the cold water of an inflatable swimming pool while police officers were recording and taking pictures of them. There are also reports of illegal detention – whereby persons are being held in informal hangars and garages with no access to information – and beatings by the police in several countries.

In recent years, Balkan countries have stepped up border patrols following an increasing number of people transiting through the area. This has resulted in the adoption of emergency measures to prevent migration and in granting law enforcement authorities with increased powers, as illustrated by the recent announcement of prolongation of the state of crisis until March 2020 in Hungary.