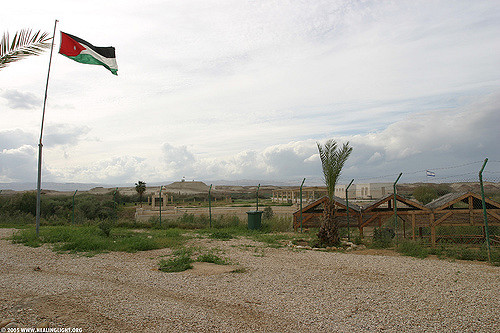 On June 29 the Union of Medical Care and Relief Organizations, who have lost three staff members during the escalating violence in Syria, warned of the “fastest displacement in Syrian history,” as the number of displaced caused by a government offensive in the Deraa Province has reached somewhere between 270,000 and 330,000 people. Reportedly more than 160,000 people have fled to Quneitra bordering the Golan Heights and 60,000 to the Jordanian border crossing of Nasib-Jaber but despite UN appeals both Jordan and Israel’s borders remain closed.

A two-week offensive has left 60 percent of the Deraa province under the control of government forces and hundreds of thousands of people displaced. The majority of displaced fled towards the Jordanian land-border and the disputed Golan Heights and are now stranded without shelter, food and water in 45 degree heat at the closed borders of Jordan and Israel. Reportedly at least 15 people including 12 children have already died at the Jordanian border as a result of “dehydration, contaminated water and scorpion bites.”

According to Jumana Ghuneimat, spokesperson for the Jordanian government which is currently hosting more than 650,000 registered Syrian refugees: “the security situation is still difficult and we can’t take the risk.” The response from Israel, which has not accepted any Syrian refugees to date, has been the deployment of artillery and armored reinforcements along the border: “We will continue defending our borders, we will provide humanitarian aid as best as we can, we will not allow entry to our territories” said Israeli prime minister, Benjamin Netanyahu. Some aid has been sent across the borders from Jordan and Israel but the UN’s call “on the Jordanian government to keep its border open and for other countries in the region to step up and receive the fleeing civilians,” remains unanswered.

While the World Food Programme (WFP) has delivered food supplies covering 200,000 people and UN Agencies are preparing to scale up assistance, the security situation makes it difficult to distribute on a large scale.