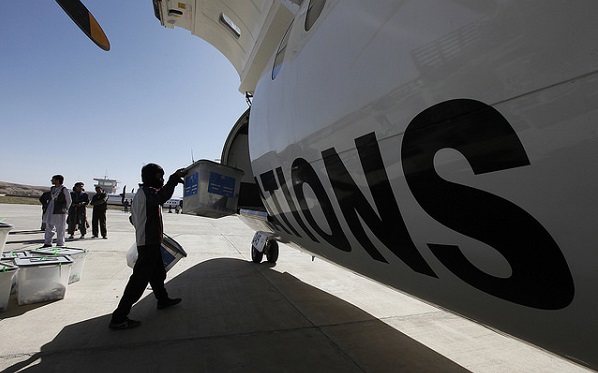 The Swedish activist Elin Ersson who in July prevented the deportation by refusing to take her seat in an airplane carrying a rejected Afghan asylum seeker has been indicted for violating the Swedish aviation act. In Afghanistan the already volatile security situation has worsened with violence escalating in the run-up to the parliamentary elections.

Elin Ersson could face a fine or up to six month in prison for violating the Swedish aviation act by refusing to follow orders from the pilot of a flight bound for Istanbul carrying an Afghan man being deported. According to her lawyer Tomas Fridh, Ersson was carrying out a legal protest and was ready to follow direct orders from the pilot. The indictment comes at a time of escalating violence during parliamentary elections in Afghanistan where reportedly more than 200 attacks across the country have killed more than 50 people and wounded hundreds.

While there is consensus on return of rejected asylum seeekers as a priority at EU level and many European countries continue to forcefully deport Afghan nationals the asylum systems and recognition rates widely differ across Europe. Statistics compiled by the AIDA database managed by ECRE shows that Italy granted protection to 98,1%, Switzerland: 96.1%, Finland: 71.5%, Greece: 70.6%, Norway: 62%, Belgium: 51.6%, Germany: 50.2%, Sweden: 31% and Bulgaria: 10.5% between January and September 2018.

UNHCR published its latest Eligibility Guidelines for assessing international protection needs of Afghan asylum seekers on 30 August, indicating heightened security risks in Kabul, concluding that it cannot be considered as a safe alternative any longer.