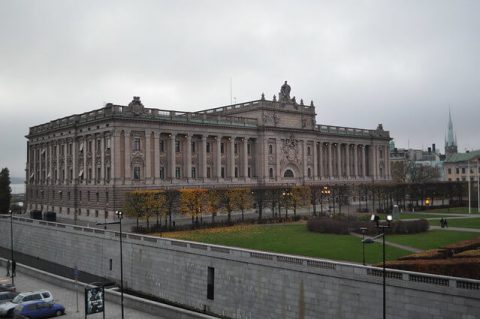 The Swedish Riskdag adopted yesterday a two-year extension of the temporary law on residence permits. The law, voted in July 2016, had introduced a three-year period of reduced standards for people seeking asylum from 24 November 2015 onwards.

The restrictive measures applicable to persons seeking asylum as of November 2015 will remain in force until July 2021. This means that asylum seekers granted refugee status and subsidiary protection will continue to receive residence permits of three-year and thirteen-month duration respectively, rather than permanent residence permits.

Contrary to the measures applicable at the moment, however, the extension temporary law will lift the ban on family reunification for subsidiary protection beneficiaries. The amendment is partly a response to a judgment by the Migration Court of Appeal ruling that the prohibition on family reunification violates Article 8 ECHR and is not in line with the best interests of the child. Holders of subsidiary protection who have well-founded prospects of being granted a permanent residence permit to be reunited with their family members.

As a result of the proposal for a continuation of the temporary law and against the background of Sweden’s commitments under the UN Conventions on Statelessness, a provision has also been adopted which, in some cases, allows for a permanent residence permit to be issued to persons born in Sweden and who have been stateless since birth.

The Swedish Refugee Law Centre has criticised the reform for prolonging lower protection standards without an impact assessment based on the current situation in Sweden.

ECRE thanks Peter Varga of the Swedish Refugee Law Centre, AIDA expert for Sweden, for providing information for this article.