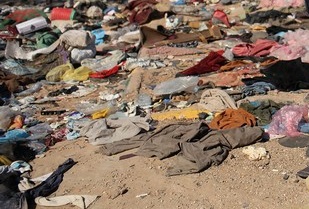 While the grave situation in Libya is well-documented including by the UN Security Council, the atrocities and abuse of migrants and refugees in Libya have sparked strong reactions at the international scene following a CNN report on slave markets in the country. However, the emergency measures introduced by EU, UN, the African Union and the Tripoli government falls short of addressing fundamental issues.

At a UN Security Council meeting on November 28, a UN request for the Tripoli government to close 30 detention facilities in Libya and ensure the release of 15.000 migrants most of which would be returned to their country of origin was announced. In a joint press release from 29 November at the African-EU Summit, the UN, the African Union and EU announced the setting up of a joint Task Force to protect migrants and refugees and increase voluntary return and resettlement. The Tripoli government has agreed to launch an investigation into slave markets trading migrants and support the establishment of a transit and departure facility for migrants and refugees to be resettled in third countries, with the support of the Italian government – UNHCR announced that it will provide registration and live-saving assistance such as accommodation, food, medical care and psychosocial support at the facility.

More than 400 migrants have already returned from Libya to Nigeria, as part of an effort to get the first 3,800 out of the country. The EU aims to support at least 15,000 assisted voluntary returns and 1,000 resettlements from Libya by February 2018, according to a Communication published on Thursday. UNCHR Emergency Resettlement mechanism already in place resulted in the first evacuation of a group of 25 vulnerable refugees from Libya to Niger.

“While immediate action to get these people out of Libya is necessary and welcome, this is definitely not enough. There are hundreds of thousands still stranded in Libya in unofficial centres and places run by the militia, where nobody has access. Return and resettlement in itself will not bring about any sustainable solutions in a context of security chaos, lawlessness and impunity for the traffickers,” says Aspasia Papadopoulou, Senior Policy Officer for the European Council on Refugees and Exiles.

As described in a recent editorial and Op-ed in the Weekly Bulletin the grave situation in Libya is interlinked to EU policies of externalizing protection.