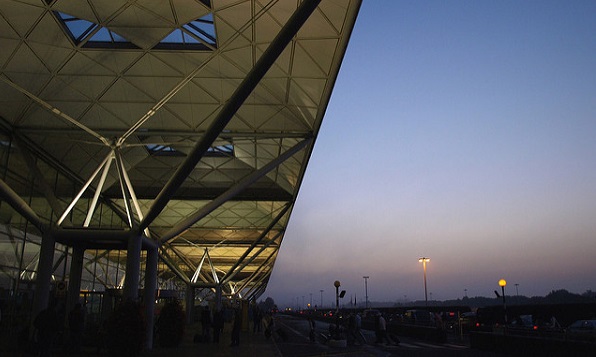 Known as the “Stansted 15”, the group of people who took non-violent direct action at Stansted airport in March 2017 to prevent the deportation of 60 people on a charter flight bound for Ghana, Nigeria and Sierra Leon have been found guilty of terrorism under the 1990 Aviation and Maritime Security Act – a law passed in response to the 1988 Lockerbie bombing.  The question of custodial sentences is will be settled in February.

Raj Chada, Partner from Hodge Jones & Allen, who represented all 15 of the defendants said: “In our view it is inconceivable that our clients were charged under counter terrorism legislation for what was a just protest against deporting asylum seekers. Hodge Jones & Allen previously represented 13 defendants who protested at Heathrow in similar circumstances to the 15 at Stansted, yet they were not charged with this draconian legislation. We believe this was an abuse of power by the Attorney General and the CPS as they should never have been charged with these offences. The fact is that the actions of these protestors resulted in two people who were about to be wrongfully deported remaining in the UK.”

The activists have stated that their actions were based on concerns about the UK government’s “hostile environment” policy and the Home Office’s secretive policy of deporting people on charter flights. The believed that the people on the flight could be at real risk when returned. Of the 60 individuals on the flight, due to have been deported, ten are currently pursuing asylum claims in the UK, and at least one has since been granted permission to remain in the UK and two have been recognized as victims of trafficking. No one was harmed during the protest. When summing up the case for the jury, the judge said that the defendents may not rely on the defence that they acted to stop human rights abuses instead jourors were told to only consider whether there was a “real and material” risk to the airport.

Karen Allen, Amnesty International UK’s Director has called the verdict “a crushing blow for human rights in the UK” and that it is “deeply disturbing” that the activist are facing potential custodial sentences for taking part in a peaceful protest. She further stated that the use of the terrorism-related charge against the activists was “always a case of using a sledgehammer to crack a nut”. Two of the activists convicted have described the outcome as an “unprecedented crackdown on the right to protest”.