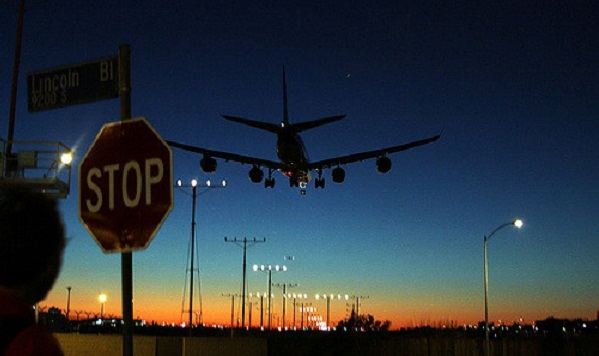 The fifteen activists who have come to be known as the “Stansted 15” after they grounded a chartered deportation flight at Stansted airport in March 2017, have been told that they will not receive prison sentences. The group, whose peaceful demonstration prevented 60 people from being removed to Nigeria, Ghana and Sierra Leone were found guilty of terrorism-related offences in December 2018, which carry a maximum sentence of life imprisonment.

While the protesters, who chained themselves together around a Boeing 767 plane chartered by the Home Office, were originally charged with ‘aggravated trespass’, four months later this was raised to ‘endangering safety at aerodromes’.  On Wednesday, Judge Christopher Morgan QC announced that such action would “ordinarily result in custodial sentences”, but that they “didn’t have a grievous intent as some may do who commit this type of crime”. The group were given community orders and suspended sentences.

While this use of judicial discretion is being celebrated and the 15 and their supporters have expressed their relief, the case has raised serious questions with regards to the use of terrorism-related legislation in the UK. Amnesty International’s UK Director Kate Allen stated “They remain convicted of an offence which simply doesn’t fit their actions and this trial could have a dangerous chilling effect on peaceful protest in this country”. Member of the 15 Emma Hughes, who would have been facing separation from her new- born child, said “Clearing our names is an important part of protecting the fundamental rights of everybody in this country to protest free from persecution”.

The case has again brought attention to the Home Office’s use of chartered deportation flights. On the morning of the sentencing, a flight removed 29 people from the UK to Jamaica, many of whom had come to the UK as children and would have little or no support in Jamaica. At least seven more were reportedly to be removed, but were granted reprieve due to 11th hour interventions by their lawyers. Omar Khan of the Runnymede Trust commented “These ad hoc reprieves are a reflection of the dysfunctional nature of the system.”

This was the first chartered deportation flight after it was revealed in 2018 that the government had wrongfully detained and deported dozens of people know as the “Windrush Generation”, 11 of whom have now died, despite having been granted indefinite leave to remain. On this basis Khan raised concerns about “the government’s decision to go ahead with the deportation flight before the publication of the Windrush lessons learned review”.