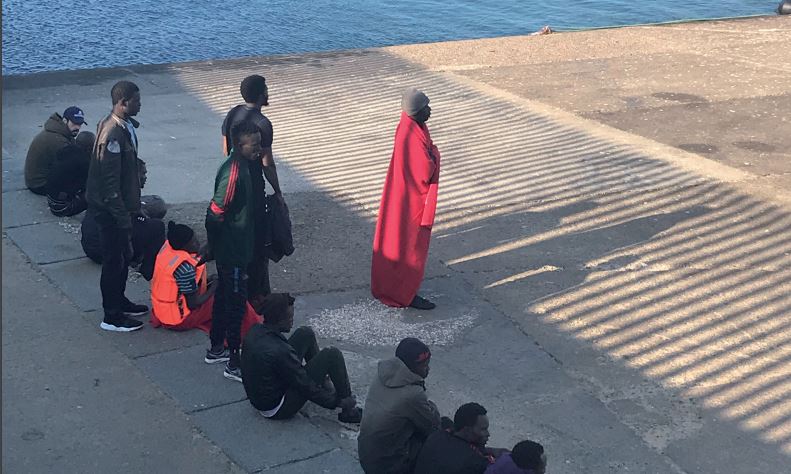 The Spanish reception of the increasing number of migrants arriving by sea in the course of 2017 is described as arbitrary by a new report of the Spanish Commission of Aid to Refugees (CEAR) revealing severe problems with detention conditions and access to legal assistance and the asylum procedure.

Spain saw an increasing number of migrants mainly arriving through the ports of Almería and Tarifa last year. According to UNHCR figures, the number of people arriving in Spain by boat in 2017 reached 22,103, marking a substantial increase from 8,162 in 2016. The majority came from Morocco, Algeria, Côte d’Ivoire and Guinea.

Upon disembarkation, migrants are automatically detained in police facilities for a maximum of 72 hours for the purposes of identification and humanitarian assistance. Detention conditions in these police stations, already denounced by Human Rights Watch earlier in 2017, are described as substandard by the report. For example, cells in the Málaga police station have no access to natural light and offer no protection from heat or cold. If return cannot be effected within 72 hours, people are directed to a Detention Centre for Foreigners (CIE). Since 2017, this includes Moroccan citizens. While the government has taken measures to increase Spain’s detention capacity by reopening the CIE of Tarifa and announcing the construction of new centres, CIE remain overcrowded and migrants have been transferred to reception centres or ad hoc facilities, including prisons. This practice was recently criticised by the Spanish Ombudsman.

The report further documents deficiencies in the provision of legal assistance. In Almería and Tarifa, for example, lawyers are only contacted by the authorities after a return decision has been issued and thereby have no access to clients prior to the identification procedures conducted by the police. These procedures do not consist in individual interviews but in group sessions in Almería and Motril.

Asylum procedures vary from one port to another. In Almería, asylum applications lodged from CIE are processed under the border procedure and, after passing the admissibility phase, go through the urgent procedure. In principle, the border procedure is also applied in Málaga, yet when the CIE has no available places, applications are deemed to be made on the territory rather than at the border. The Office of Asylum and Refuge (OAR) is not informed of such claims until they are formally lodged, following several weeks in some cases.

CEAR also provides updated information on the situation of persons entering Spain through the enclaves of Ceuta and Melilla and staying in Migrant Temporary Stay Centres (CETI), who continue to face an arbitrary system of transfers to the Spanish mainland. In Ceuta, transfers to the mainland are offered to nationals of Sub-Saharan countries who do not apply for asylum, whereas asylum seekers and nationals of countries such as Pakistan, Bangladesh and Sri Lanka may wait for more than a year in the enclave. Many of those are discouraged from applying for asylum for fear of remaining there longer.A similar situation persists in Melilla, where nationals of Sub-Saharan countries and Syria benefit from transfers to the mainland but Moroccans, Algerians and Tunisians do not. It should be noted that the asylum office set up in Melilla since the end of 2014 is effectively accessible only to Syrians, Moroccans and Algerians according to the report. The Spanish Ombudsman has recently recommended instructions to authorise the transfer of asylum seekers from the enclaves to the mainland.

* A longer version of this article was first published at AIDA