Spain: Rights of Asylum Seekers Deteriorating at Border with Morocco 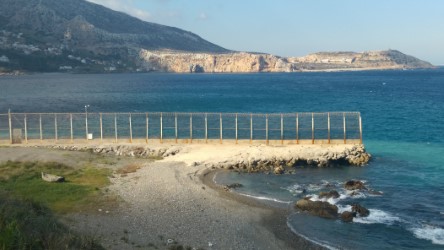 As of August 2019, the Spanish government started to apply the “border procedure” for asylum applications in its enclaves at the Spanish-Moroccan border. The new practice can undermine access to asylum procedures and comes amid reports of further push-backs also involving children.

On 30 August 2019, the Government applied the border procedure for the first time in one of its enclaves when about 150 asylum seekers crossed the border fence in Ceuta. The procedure is reserved for airports, maritime ports, land borders and migration detention centers (CIE) but did not used to be applied in the enclaves. Also known as “express”, the Spanish border procedure only concerns the admissibility of the asylum application and must be completed within a strict time limit of maximum eight days. According to NGOs in the field, the practice has also been recently implemented in Melilla.

Substantially lower recognition rates across different EU member states point to the arbitrary and discriminatory nature of border procedures. In practice, procedural safeguards required by the Asylum Procedures Directive are often undermined by short deadlines for decision-making and appeals, lack of information to those seeking asylum and reduced accessibility for legal support.

The policy change comes amid reports on a push-back of a group of 116 people. After crossing the fence in Ceuta on 22 August, they were returned to Morocco on the basis of a bilateral agreement signed in 1922. The NGO Caminando Fronteras called the extraordinary operation a “collective expulsion”. The Government alleged that nobody applied for asylum but did not clarify whether people had the chance to express their intention to do so. A 15-year-old boy from the group said that a worker of the Provisional Centre of Immigrants in Ceuta told him not to declare his age so he could be transferred to mainland Spain as an adult. He was deported within less than 24 hours to Morocco together with the rest of group. Spain’s policy of push-back’s continues despite being condemned by the United Nations Committee on the Rights of the Child in February.

In September, Spanish authorities upgraded the CCTV system at the border between Ceuta and Morocco while Moroccan authorities are installing their own border fence, which is reportedly co-funded by the EU’s support of migration control in Morocco. According the Ministry of Interior, from 1 January to 30 September 2019, the irregular arrivals to Spain via sea and land decreased by almost 50% compared with the same period last year. At least 269 people have died trying to reach Spain via sea.