Spain: Investigations into “Hot Returns” as Ombudsman Pays Enclaves a Visit, Concerns Over Treatment of Children in Canaries, Hundreds Missing Along Atlantic Route 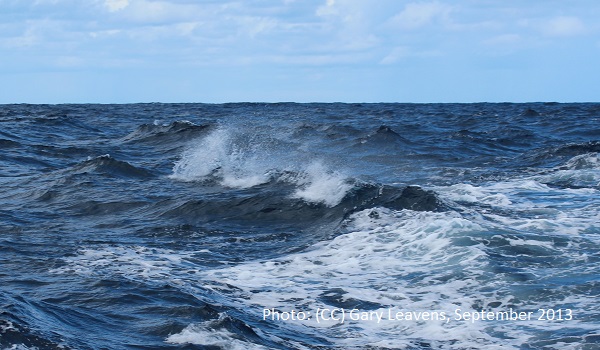 The Public Prosecutor’s Office has opened investigations into the so-called “hot return” of children from Ceuta to Morocco as Spanish Ombudsman Francisco Fernández Marugán visits Ceuta and Melilla. Meanwhile, the situation of children in the Canary Islands continues to be a matter of concern. New arrivals via the Atlantic Route continue while hundreds of people are currently missing en route to the Canary Islands and a Mauritanian boat with fourteen deceased bodies on board was found floating in Caribbean waters.

The Public Prosecutor’s Office has opened investigations into the so-called “hot return” of children from Ceuta to Morocco following the arrival of 8,000-10,000 people in Ceuta between 17-19 May amid a diplomatic stand-off between Morocco and Spain. The investigations follow a complaint filed by the NGO Coordinadora de Barrios regarding the case of Aschraf, a 16-year-old boy who swam to the enclave on 19 May using empty plastic bottles to stay afloat and who was illegally returned to Morocco the same day by the military and civil guards deployed on Tarajal beach. According to Aschraf, he was returned twice that day as he had initially made it to the enclave on 18 May already and stayed one night in a shelter, El Diario reports. Referring to Aschraf’s return that was captured on video, Coordinadora de Barrios emphasised in its complaint that the child’s crying and asking soldiers for protection should have stopped his return under the principle of non-refoulement. “There is no more evidence of mistreatment than a child crying, terrified, asking for understanding (“You have to understand us”) and asking for protection (“They are going to beat me”), reads the complaint.

On 2 June, the Spanish Ombudsman, Francisco Fernández Marugán, began an official visit to the autonomous cities of Ceuta and Melilla to meet with authorities and representatives of NGOs. According to a press statement ahead of the visit, the Ombudsman is especially concerned about the situation of children in the enclaves, including those who arrived mid-May and others who have been living their for years in difficult circumstances.

Also in the Canary Islands, the situation of children continues to raise concerns. The founder of the collective Caminando Fronteras (Walking Borders), Helena Maleno, has denounced the limited three hours allowed outside a day for children accommodated in hotels in Tenerife waiting for their age assessment. Maleno further criticised that age assessment tests were used to pave the way for deportations, while on the other hand, there have been cases of trafficked girls who said they were of legal age and were not tested to protect them.

In the past weeks, the number of people trapped in the Canary islands has dropped, as people with the right to leave the islands for the peninsula are no longer hindered by Spanish authorities and official referrals have gathered momentum. Meanwhile, new arrivals via the Atlantic Route continued with 138 people, including several pregnant women, children and babies, who were rescued by Salvamento Marítimo and Guardia Civil on 2 June.

On 3 June, the NGO hotline Alarm Phone alerted that three boats were missing on the Atlantic Route, some facing already the third day at sea while relatives and friends are desperately waiting for news. All three boats left from Western Saharan shores and carry a total of 117 people, including small children. According to Helena Maleno, 478 people were missing along the Atlantic Route on 2 June, stating “Every minute that passes diminishes the hope of finding them alive.” According to Caminando Fronteras, nearly two thousand people lost their lives en route to the Canary Islands in 2020. On 28 May, a boat from Mauritania with fourteen already decomposed bodies on board was found drifting off Tobago in the Caribbean. Investigations into the victims’ identities and cause of death are ongoing.