Spain and Algeria agree on joint migration crackdown, while at Algeria’s southern border deported migrants perish in the desert 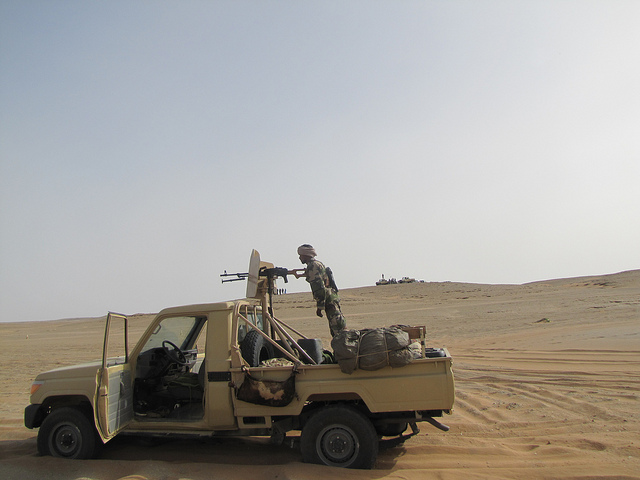 The Interior Ministers of Spain and Algeria signed an agreement this week to form a joint team of investigation with the goals of fighting “illegal migration” and “preventing Islamist terrorism.” The agreement comes after recent crackdowns by the Algerian authorities during the first months of 2018 have reduced the number of undocumented Algerian migrants arriving in Spain, a reduction that was praised by the Spanish Interior Minister Juan Ignacio Zoido at their meeting in Madrid.

In the first trimester of 2018, the number of undocumented migrants of Algerian origin arriving on the Spanish coast at Andalusia was 170, a drop of 20% when compared to the 215 who arrived during the same period in 2017. During that year, over 2000 Algerian migrants landed on the Andalusian coast, forcing the Spanish government to set up a temporary hosting center in the prison of Archidona to host over 500 migrants. The centre was eventually closed after several incidents including the death of a migrant.

The Spanish Interior Minister credited the Algerian police force with responsibility for the reduction in arrivals, citing the 338 Algerian police officers who took part in training as well as special courses ”to control borders and fight terrorism”.

The agreement comes as the Algerian authorities are facing criticism for the collective expulsions of undocumented migrants originating from sub-Saharan countries. Thousands of migrants from countries including Cameroon, Mali and Nigeria have been forced over the desert border with neighbouring Niger. This has resulted in a southward stream of migrants making the brutal journey on foot across the sparsely-populated region in dangerous temperatures and without food or water. The United Nations migration agency IOM, who are providing shelter for around 3,500 migrants in Niger, say that dozens of migrants have died in the searing heat while making the crossing from Algeria.

The UN High Commissioner for Human Rights also condemned Algeria’s collective expulsion of migrants this week as “deeply alarming and not in line with Algeria’s obligations under international human rights law”, and urged the Algerian government to cease the practice.