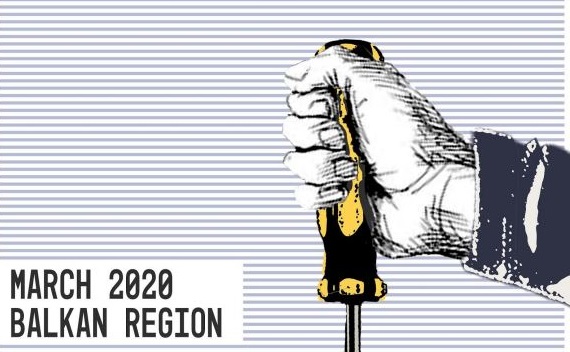 On Tuesday 14 March, Slovenia announced a plan to establish 40 kilometers of fence to stop the entry of people moving though the Balkan route. According to a recent report published by the Border Violence Monitoring Network (BVMN), the situation along the borders of the Balkans is alarming.

According to Slovenian media, 40 kilometers of fence will be erected at the southern border with Croatia in the municipalities of Kočevje and Kostel and in the western region of Primorska. Since 2015; 169 of the 670 km of border separating Slovenia from Croatia has been gradually fenced.

A report from BVMN documents that in March 2020, the pushbacks of 165 people across the region, one third of whom suffered cruel collective expulsions from Greek territory. Of particular concern to the network are also what it defines as “chain pushback” from Slovenia to Serbia with the intermediary role of Croatia.

The use of violence during pushback operations is frequent across the region. According to a testimony collected recently at the Greek bank of the Evros river: “People were forced to undress and then, eight by eight, were loaded into a boat”. In Serbia, online anti-migrant propaganda is increasing social tensions and the presence of far-right patrols at the borders and inside migrant centres is well documented.

The marginalisation of asylum seekers is exacerbated by the current Covid-19 emergency. In Croatia, the Porin Centre for asylum seekers in Zagreb was fenced off to enforce the self-isolation of about 600 people living there, without proper actions to ensure social distance and basic hygiene conditions. Similar situations are reported also in Bosnia-Herzegovina, Serbia, Greece and Italy.

Due to the ongoing Covid-19 pandemic, BVMN is facing new challenges in collecting individual testimonies but working hard to maintain the contact with people and adopt new reporting strategies.