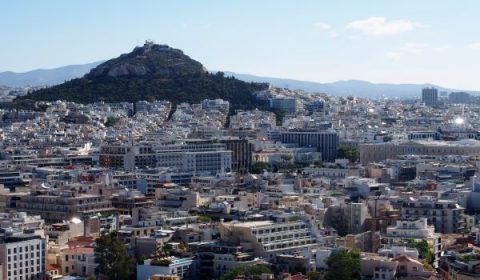 Local media reports that Serbian and Greek authorities have reached an agreement to relocate 100 unaccompanied children from Greece to Serbia. France is following up on promises to relocate 400 people from Greece with particular priority to families and vulnerable individuals.

At a meeting in Athens last week, George Koumoutsakos, Greek Alternate Minister for Immigration Policy, Domna Michailidou, Greek Deputy Labour and Social Affairs Minister, and Serbian Ambassador to Greece Dusan Spasojevic reached an agreement on the relocation of 100 unaccompanied children from Greece to Serbia. The selection will be managed by the Greek National Centre of Social Solidarity and the relocation by UN Refugee Agency (UNHCR) and the International Organization for Migration (IOM). According to Koumoutsakos the Serbian example should inspire EU member states: “The participation of Serbia – a country that does not belong to the EU yet – in the relocation program for unaccompanied children is the start of activation of European countries for similar commitments.”

Following a meeting with Koumoutsakos in Athens on Monday January 20th French Deputy Interior Minister Laurent Nunez confirmed that French specialists will arrive in Greece to prepare the relocation of 400 vulnerable people from Greece, with the relocation expected to be completed by the summer. The French relocation initiative is part of a broader package of measures. They include increasing the number of French officials aiding the European Border and Coast Guard Agency Frontex from 176 to 200, merging return flights from France and Greece, the issuing of return permits from the French Embassy in Greece and the stationing of additional French officials at Greek airports to link secondary transfers within the EU.