Seeking refuge from the hotspots: asylum seekers required to return to Moria despite concerns 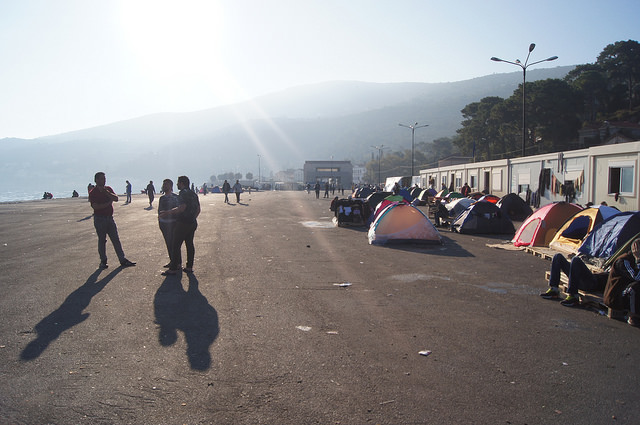 Following an intense conflict at the Moria hotspot, on Lesvos, Greece on 25 May 2018, which left at least 70 people injured, a group of nearly 1,000 people, including families with young children, fled the violence and sought protection in other areas of Lesbos. This led to other facilities being overcrowded despite the efforts of civil society organisations and residents. Around 600 people went to a makeshift camp in the Larsos area, while another 300 were taken to the former PIKPA children’s camps.

Those who fled the violence at the Moria hotspot, which is hosting numbers three times its capacity, have been told that they will lose their food and financial allowances as well as their appointments with the asylum service if they do not return to the hotspot.

In the light of these developments, civil society organisations have reiterated their call on the Greek government to proceed with the immediate transfer of a large number of migrants to the mainland. Around 160 people who fled the recent violence at the Moria hotspot have been transported by boat to Athens and housed in tents at the Malakasa camp. However, this number is highly insufficient. According to the government, further transfers are on hold due to a lack of accommodation on the mainland.

The Greens/EFA Group in the European Parliament has recently published a study focusing on the detrimental impact that the EU-Turkey Statement and the implementation of the “hotspot approach” in Greece is having on the rights of refugees and migrants arriving. The study finds that that the current procedures and practices for processing asylum applications on the Greek islands under the EU-Turkey statement violate the applicants’ right to asylum and due process.