Return continues to Afghanistan in crisis 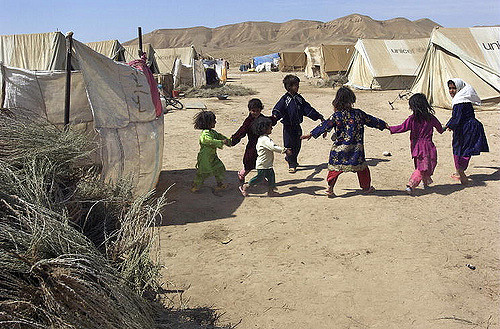 According to the International Organization for Migration (IOM) 285.000 Afghans have returned from Iran over the last five month constituting a 150.000 increase from the same period last year. 12,000 undocumented Afghans have returned or been deported from Pakistan since the beginning of the year, and 8,000 Afghans were deported from Turkey in April and early May. They return to an unstable country defined by armed conflict, lack of protection of civilians and poverty and with 360,000 people internally displaced in 2017.

More than 600,000 Afghans returned or were deported from Iran and Pakistan in 2017 and the pattern continues. Estimates from IOM suggest that 30 percent of returnees are in need of life-saving humanitarian assistance but available funding only covers 7 percent. Italy have donated 1. Million Euros to assist returnees in Herat and Nimroz provinces, bordering Iran described by Italian Ambassador to Afghanistan Roberto Cantone as ”extremely poor and in need of protection, humanitarian and reintegration support. Among them there are people who have been victims of violence or whose rights have been violated during arrest and detention.”

The latest annual report from United Nations Assistance Mission in Afghanistan (UNAMA) illustrates the volatile security situation in Afghanistan with 10,453 civilian casualties (3,438 deaths and 7,015 injured) in 2017 and according to the World Bank country overview: “A surge in returnees from Iran and Pakistan (over 296,000 in 2017) has brought mounting pressure on humanitarian assistance.”

Europe also contributes to deportations and return of Afghan nationals through EU sponsored agreements such as the Joint Way Forward, as well as bilateral agreements. The European Commission has confirmed that 23 charter flights were carried out from December 2016 to December 2017, coordinated and financed by the European Border and Coast Guard Agency from Austria, Denmark, Finland, Germany, Hungary and Sweden. A total of 358 third-country nationals were returned to Afghanistan on the flights at a cost of EUR 5 479 694.95, just over EUR 15,000 per person.