Editorial: Refugee Inclusion – From Capacity Building to a Working Relationship 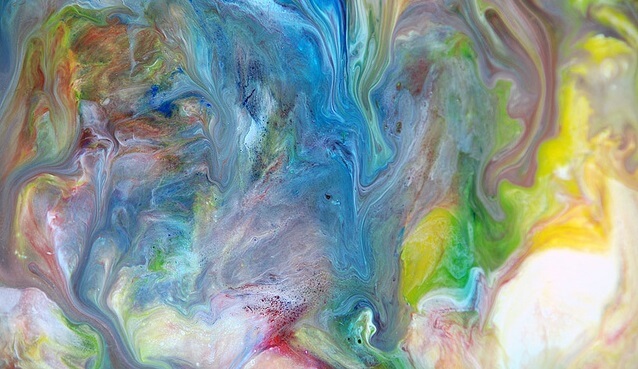 For the refugee rights sector, inclusion of people with a refugee background remains a challenge. In terms of self-advocacy and representativeness, the sector lags behind others, for example, minority rights and disability rights, where there is a better balance between the “targets” of the work and others within organisations and initiatives. Although hard to measure, elsewhere there is perhaps also a greater acceptance of some of the reasons to push for inclusion: that a right-based approach has to be applied in human rights work (to practice what you preach) and that rights-based approaches have at their core participation and empowerment.

ECRE is no exception; while positive changes have been made they are far from sufficient. Inclusion of refugees in all aspects of ECRE’s work became a strategic priority in 2017 in order to focus attention, to justify the use of resources on the issue, and to create a commitment against which the ECRE Secretariat reports. Inclusion of refugee-led organisations and people with a refugee background has improved at the levels of ECRE membership, ECRE staff, ECRE Board and within ECRE events, communications and other activities. The refugee advocates initiative tentatively aims to improve access to EU policy-making. But it is all a work in progress. A few points of reflection arise from recent years’ experience.

The case has been argued

First, the case has been made (within the NGO sector at least); it is now important to understand and remove the obstacles to greater inclusion. Research commissioned by EPIM to be published next month does this and should be useful. Space for open discussion is then needed– from ECRE’s experience, many of the obstacles are subtle, complex and ingrained.

Second, a capacity-building trap is emerging. An analogy can be drawn with work by INGOs outside of Europe where well-intentioned efforts to apply the principle of local ownership led to many years of rather neo-colonial “capacity-building”. Efforts which often didn’t respond to the needs of local NGOs, saw INGOs trying to “build” capacities that they didn’t themselves possess or that they may have possessed but were not capable of transmitting to others or that were not relevant to the context (e.g. advocacy training based on the Westminster model; capacity building on mobilisation for MENA civil society post-Arab Spring… after civil society had just mobilised to overthrow governments etc etc).

Capacity-building often inhibited the development of genuine partnerships between local and INGOs and, in the end, it became a taboo term in international work, be that in development, peacebuilding or human rights sectors. For the humanitarian sector, the issue is perhaps more contentious and the large presence of humanitarian NGOs in the refugee sector is part of the challenge.

Lessons can be drawn from all of this. There are multiple ways to support refugee-led organisations based on the needs they define and providing the support they request – IF they request it.

For many NGOs, their number one request is core funding to carry on with their work. In the international sphere, for years donors preferred to provide funding to INGOs for capacity-building rather than core funding to local NGOs. Good donors could develop tailored core funding for different types of organisation if a similar issue plays out in Europe. Foundations are best placed to respond (ECRE also advocates for a simplification of EU funding procedures in order to benefit all civil society, but these efforts bear little fruit).

ECRE is sometimes asked to be involved in larger-scale “capacity-building”, for different types of organisations, not just refugee-led organisations. But it would require a change of organisational strategy, objectives, recruitment policies and human resources. When there are specific requests, based on needs identified and directly from the organisations concerned, ECRE tries to respond case by case. For example, requests for training, information and advice on EU or ECHR matters, on geographic issues and on communications including from refugee-led organisations (ECRE members and others).

Third, some approaches exacerbate “us and them” dynamics. Clearly, it is crucial to support refugee-led organisations and initiatives, however, diversity within established NGOs is also important (perhaps as important – it is a matter of opinion). Insofar as it is legal, ECRE Secretariat has a preference for people with a refugee background in recruitment, as well as seeking to ensure wider diversity (which includes balance of nationalities, gender and addressing bias in recruitment, for example). It is good to see more refugee-led organisations but the appointment of people with a refugee background to lead two of the major NGOs in the sector is also important. These are not either/or questions – both are needed.

Fourth, supporting the evolution and consolidation of refugee-led initiatives would be beneficial for the sector and could be a game-changer when it comes to advocacy and influencing the political debate and media coverage. The flourishing of refugee-led activism and initiatives in Europe is a major positive development of recent years. In some political spheres, it would be useful to have permanent presence of refugee-led organisations. For example, within Brussels, many leading refugee advocates participate in events and ECRE supports its members and other refugee advocates to access EU debates and decision-making. Establishing organisational presence – offices or network headquarters – in Brussels would support continued access and influence. The same may be true of Geneva, Den Haag, Addis and other international policy hubs, and possibly even at national level. It would also have the advantage of allowing direct access to avoid the risk that supporting organisations become gatekeepers.

It is also positive to see the range of issues on which refugee-led organisations are active, including as/with broader Diaspora organisations. From a Brussels advocacy perspective, beyond the more obvious inclusion/integration issues, there are other policy areas where greater presence of refugee advocates would be beneficial, including return, EU asylum policies, EU role in countries of origin, especially Syria, Afghanistan and the Horn of Africa, and EU foreign policy, the latter also going beyond the protection dimension to wider political issues. The Brussels debate is insular – a meeting on Syria is de facto a meeting on “What should the EU do in Syria?” and that leads back to the conclusion that a Brussels presence is important.

Of course, many organisations – refugee-led or not – might decide that influencing the EU or the UN or wider international affairs is not the best use of its time. New initiatives might well decide that their chosen purpose is best served by remaining as an informal network, and not by setting up offices and organisational infrastructure. Similarly, concentrating on particular areas of policy (inclusion, EU asylum law, global protection) or levels of work (local, national, European etc.) is a strategic choice. But it would be nice for the options to be there so that it really is a choice. Sometimes this also comes back to donor strategy – for example, the provision of funding to organisational development not just to events or projects. An added advantage would be to widen the talent brought into the sector, e.g. people with a refugee background whose skills are organisational management.

Overall, while this is an issue, like many, on which action is preferable to words, assessing the obstacles to inclusion is useful. It is already clear that there are choices that can be made: by donors on funding strategies; by NGOs on if and how to support others and on providing access and ceding territory; and from refugee-led initiatives on where and how they want to engage. Positive and negative experiences of rights-based approaches from other sectors and regions are instructive.