Editorial: RAMMing it Home: A New Low or the Climax of EU Law? 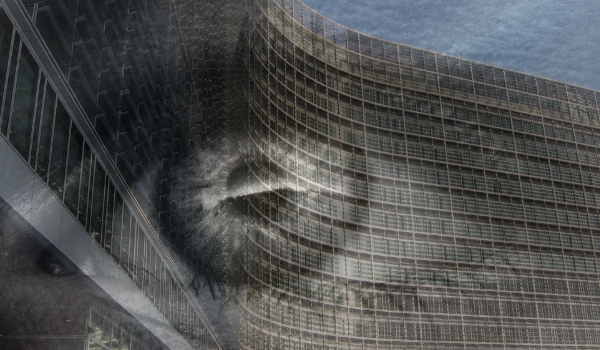 As ECRE prepares its analysis of the legislative package, one of the proposals stands out due to its complexity and length. At 110 pages, including a long explanatory memorandum, the proposed Regulation on Asylum and Migration Management – the RAMM – is a package within the package. A sneak preview of ECRE’s analysis is offered here.

At first sight it is a dog’s dinner; on closer examination, it turns out to be a work of twisted genius. It takes irreconcilable positions, the constraints of international and EU law, including constitutional law, a set of bitter and deep and conflicting identity beliefs, and designs a legal instrument to move things forward.

It is full of pitfalls, traps and prisoner’s dilemmas for the Member States. As ECRE first argued, no-one will be pleased but the displeasure is only understood when looked at in detail. Nothing is what it seems.

Dublin is dead – but no it’s not. The same responsibility sharing rules appear – but no they don’t. There are two solidarity mechanisms to assist countries under pressure – well not quite. If they want solidarity, they will also have to act. And solidarity could even be imposed when not sought. Those who don’t want to relocate don’t have to – or do they? They are offered the choice of returning people instead, something that they consider priority. But here too is a twist: before enthusiastically rushing in to offer their deportation services, Member States should know that if their sponsorship from afar doesn’t succeed, then they will have to allow in and host the “unreturnables”.

Even the deals underlying the plan are not entirely clear. Ultimately, the system of responsibility sharing is not fundamentally changed, but a new and contorted construction of solidarity mechanisms is added to compensate for the unfairness. Then, instead of emphasising compliance with basic precepts of EU and internal law from countries at the external border “under pressure” in exchange for the compensatory solidarity, their side of the bargain is to manage the screening and border procedures to contain or deport.

From the very first substantive article, the emphasis is on the responsibilities of countries outside Europe – in the main pillar of a set of proposals to reform European asylum law. This is hardly a surprise – it has been ECRE’s main concern since the beginning and is part of the long-standing efforts to capture external policy. The twist here is the reference to a “comprehensive approach” – which is nothing of the sort because the main business of European asylum policy, i.e. making asylum systems function in Europe, is largely absence. The use of “comprehensive” will be familiar to those working in external policies: under the patina of sensible ideas, like acting in a consistent and joined up way, is the attempt by one area of policy to control other areas of policy, or by one set of policy-makers and institutions to set the objectives and determine what others do. Any time a “comprehensive” approach is proposed, it implies unifying under the objectives of the proposers. (See also “integrated approach” or “coherence”). It appears in civil-military relations; in the clashes between foreign policy and development or security and development; and also characterised the early days of the EEAS.

The RAMM attempts to codify a non-comprehensive comprehensive approach and with it the role of DG Home and the dominance of narrowly defined internal “security” priorities in EU external affairs. It is not a gamechanger but creates a firmer footing for interior affairs policy-makers than the “Partnership Framework” which was an aspirational statement of intent. And “comprehensive” means limited, internal means external, and all the other misnomers, including the partnerships that involve one partner imposing its views on another.

As all students learn in EU Studies 101, the EEC was created to support peace in Europe. It does so through a model of “peace through bureaucracy”, turning conflicts between states into law, rules, policies, processes, institutions, and structures. One reading of the RAMM is a continuation of this approach, with the Commission attempting the impossible, finding a way out of the bitter battles among the Member States. On another reading, though, the full grotesquerie of Europe’s approach to forced migration is on display, including the way it balances up the categories of people.

Whereas – among other abominations – the EU-Turkey Deal introduced the exchange of the “good” Syrians who stayed in Turkey for the “bad” ones who dared to reach the EU, the RAMM offers Member States who really don’t like foreigners the chance to “sponsor” a returnee, in the way that charities offer sponsorship of a child in a far-flung place. Following the contortions of the proposal, like a path through a maze, the reader arrives at questions such as: is it better to reduce suffering and possibly deaths at sea in exchange for the risk of returning people to places where they’re not safe? Which is most likely to lead to suffering/highest loss of life? How do you balance out the risk of states refusing disembarkation or otherwise disrupting Search and Rescue, compared to the risk of deporting people who will suffer harm and possibly death? And overall, is the status quo better than this new proposal?

From a human rights or protection perspective, it is not only difficult to assess the proposal – it seems almost tangential or a parallel question. The RAMM has other objectives, explicitly – it is about giving the Member States what they want – even though they want contradictory things; it is about building trust between them – even though there is an insurmountable lack of trust on this issue; it is about trying to assuage those hostile to asylum – even though that is only a distraction technique; it is about trying to “manage” something that is ultimately beyond control – people fleeing across borders – while abandoning what is within the EU’s control – compliance with EU law. That’s why it looks as it does. The rights of those on the move isn’t really the point – which is the point.