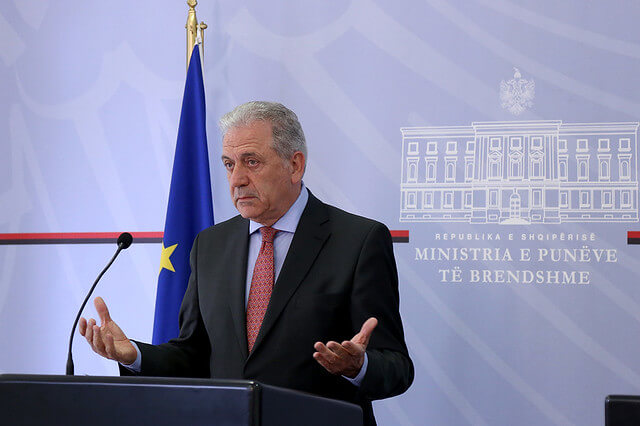 The European Border and Coast Guard Agency (EBCG), launched its first joint operation on the territory of a non-EU country at the Greek Albanian border. The Status Agreement between the EU and Albania is the first of four agreements with countries in the Western Balkans to be implemented. The push to externalise the EU’s borders risks limiting access to effective protection for asylum seekers.

Status agreements allow the European Border Agency to operationally engage on the territory of a neighbouring third country together with at least one EU Member state in the border management by carrying out joint operations, rapid border interventions and return operations to the third country concerned. Under the status agreement with Albania, the EBCG is able to lend both technical and operational support and assistance. The EBCG teams will be able to support the Albanian border guards in performing border checks at crossing points, for example, and preventing unauthorised entries, a press release of the Commission states. The Agency will be deploying 50 officers, 16 patrol cars and 1 thermo-vision van from 12 EU Member States to support Albania in border control and tackling cross-border crime.

ECRE has already raised concern over the potentially extensive powers, including authorisation and refusal of entry, conferred to EBCG team members under the Status agreement with Albania. These could be used to  prevent irregular migration towards the EU, beyond the EU’s physical borders, without independent oversight. The EU has concluded similar Status agreements with Bosnia and Herzegovina, Macedonia and Serbia, which have not yet entered into force. The chain of status agreements in the region could become an additional tool in the closure of the Balkan route and contribute to containing asylum seekers in flawed and under-resourced asylum systems, effectively limiting their access to protection in the EU.

In April, the Parliament and the Council agreed to reinforce the mandate of the ECBG. Under the new Regulation, which is expected to enter into force on 1 January 2020, joint operations and deployments can take place in any third country and are no longer limited to third countries neighbouring an EU Member State.