Pushed back to Serbian winter: 1,600 cases of alleged push-backs in last two months 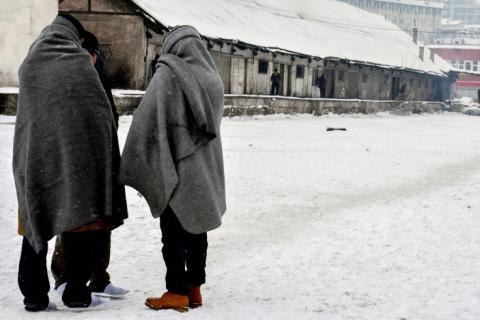 Save the Children released a statement this week showing that 1,600 cases of push backs from Hungary and Croatia to Serbia have taken place during the last two months. Push backs to Serbia have previously been reported by the Asylum Information Database (AIDA) and Human Rights Watch, and are regularly recorded by UNHCR.

According to Save the Children, push backs are often carried out violently. The organisation found an average 30 push backs back to Serbia on a daily basis in the last two months. From Monday to Wednesday this week, UNHCR states that 45 refugees and migrants have been denied access to asylum procedures in Hungary and were forcibly pushed back to Serbia.

In its latest fact-finding visit report to Croatia published last December, ECRE also found that the problem of push backs persists at the Croatian-Serbian border. The report states that while information on push backs has been shared by UNHCR with Croatian authorities, no investigations had been carried out by authorities, due to lack of precision as to dates and location of the incidents reported. However, as many push backs are carried out in woods and forests, information on precise location remains difficult.

“The persisting and well-documented deficiencies of the Serbian asylum system clearly demonstrate summary returns to Serbia as unlawful. The closure of the Balkan route has created higher risks of abuse and denial of protection against those who most need it. It is crucial that allegations of push backs are thoroughly investigated and that UNHCR and expert human rights organisations are enabled to conduct systematic border monitoring.” says Minos Mouzourakis, AIDA Coordinator.

Photo: Save the Children