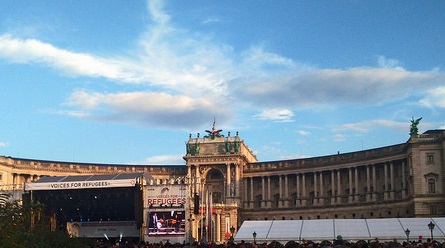 A key issue in contemporary European politics is the response of progressive parties to the political crisis on migration. It is playing out now in the elections in Austria and the Czech Republic, both of which are more worrying than the elections of early this year, which generally saw extremists do worse than feared. The changing positions of progressive parties in four central European countries is also the subject of an interesting new study by FEPS and Policy Solutions.

There are undoubtedly real dilemmas for the parties of the left that are often not acknowledged by (unelected) civil society organisations. However, it should not be over-simplified as a choice between power and principle. In most cases, the situation is not a straight choice between being elected (power) and supporting refugee rights (principle).

Certainly, if a majority of the members of a party have an anti-migration or anti-refugee stance, then it may be incumbent on the party to act. Also, if a party’s traditional voter base has a strong anti- stance then the party may indeed have to make a choice between electability and supporting a rights-based, pro-refugee stance. This is a factor in the Czech Republic and Slovakia, along with certain other countries in East and Southeast Europe where the voters of left wing parties are (far) more hostile to refugees than the voters of the mainstream right. But here and elsewhere the constraints are not so clear-cut.

First, it should be noted that no political leader is compelled or obliged to support a particular stance. It is a matter of choice, and politicians must be held to account for their choices.

Second, in representative democracy it is acceptable for parties to inform and influence their voters and the wider public. They are not compelled to do exactly what the public or what the majority wants on a particular issue at a particular time – indeed, this is the very definition of populism. Parties are often ready to ignore what vocal segments of the public are demanding on other issues.

Third, from a purely practical point of view, adopting the anti-refugee stance of the far right is not a road to success: the centre left cannot beat extremist parties at their own game in the medium or long term. Even in the short term, some leftist parties are losing votes despite (or because of) adopting an anti-refugee stance; others are gaining support because of (or despite) a pro-refugee position. Just ask the Dutch Labour Party and the Dutch Green-Left about their respective election results. In Slovakia, the Czech Republic, and Austria adopting restrictive policies has not increased support for the centre-left parties. In most European countries there are opportunity costs, with the loss of progressive voters or potential coalition partners. And, as ECRE has commented before, with one or two exceptions, public opinion is more progressive and more complex than policy-makers seem to think.

Fourth, the parties should not blame refugees or migration for the situation in which they find themselves: the decline in voting share of the mainstream left is a long-term trend in Europe, pre-dating the crisis of 2015. It results from demographic, socio-cultural and economic changes, as does the loss of public trust in political parties which grew through the eighties and nineties in both eastern and western Europe.

Overall, yes, there are real constraints on the choices of progressive parties but to be worthy of the name they must stop absorbing the policies and approaches of extremists – and certainly not consider breaking the “cordon sanitaire” in order to ally with such forces. As well as being plain wrong, it is also self-defeating: they have more to lose than to gain.