Predictable crisis in Myanmar: EU blind on one eye? 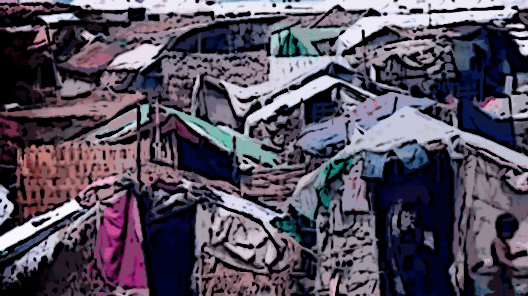 The international community is expressing deep concern about the latest outbreak of fighting between Rohingya militants and Myanmar government forces on 25 August in northern Rakhine State causing a spiral of ethnic violence. However, the persecution of the Rohingya minority is well documented and should be no surprise for an EU playing a key-role in the political transition of Myanmar.

At least 104 people have been killed and an estimated 400.000 ethnic Rohingyas are cut off from access to humanitarian relief in the conflict zone. Bordering regions are receiving high numbers of refugees. Bangladeshi Cox’s Bazar District counted 164.000 cumulative arrivals since the outbreak of violence. Camps reached their capacity level and concerns have been raised, that standards can no longer be guaranteed.

UN Secretary-General Guterres addressed the Security Council on 2 September to “undertake concerted efforts to prevent a further escalation of the crisis.”  The direct statement follows earlier UN reports that indicated “crimes against humanity”. IOM Bangladesh Chief of Mission Dash raised concerns over the situation in refugee camps and on Tuesday Christos Stylianides, EU Commissioner for Humanitarian Aid and Crisis Management released a statement demanding immediate access to people in need of assistance in Rakhine State.

The EU Mission led the U.N. Human Rights Council sessions on Myanmar in the past and generally played a key role in shaping Myanmar’s political transition. In 2012 they delivered a package of €150 million for democratic reforms and inclusive development initiatives were announced. As EU statistics reveal, the trade between both partners developed increasingly and equaled €1.55 billion 2016 which makes EU to the 7th biggest trade partner of Myanmar.

Human Rights organisations and researchers have consistently raised concerns regarding the human rights violations suffered by the Rohingya minority in Myanmar. The International State Crime Initiative (ISCa) found evidence in 2015 that Myanmar was in the final stage of a genocidal process: “dehumanisation and stigmatisation techniques are reinforced through segregation and systematic isolation.” Professor Green, director of ISCI further compared the situation to early stages of the genocides in Germany and Rwanda.

In an article from March 2017 Philippe Bolopion, Deputy Director for global advocacy at Human Rights Watch (HRW), criticized the questionable role of the EU: “For starters, the EU must work with the United States, the Organization of Islamic Cooperation and others to adopt a resolution at this month’s session of the Human Rights Council creating an independent, international investigation into serious human rights abuses in Rakhine State and demanding that Burmese authorities cooperate with the probe.”