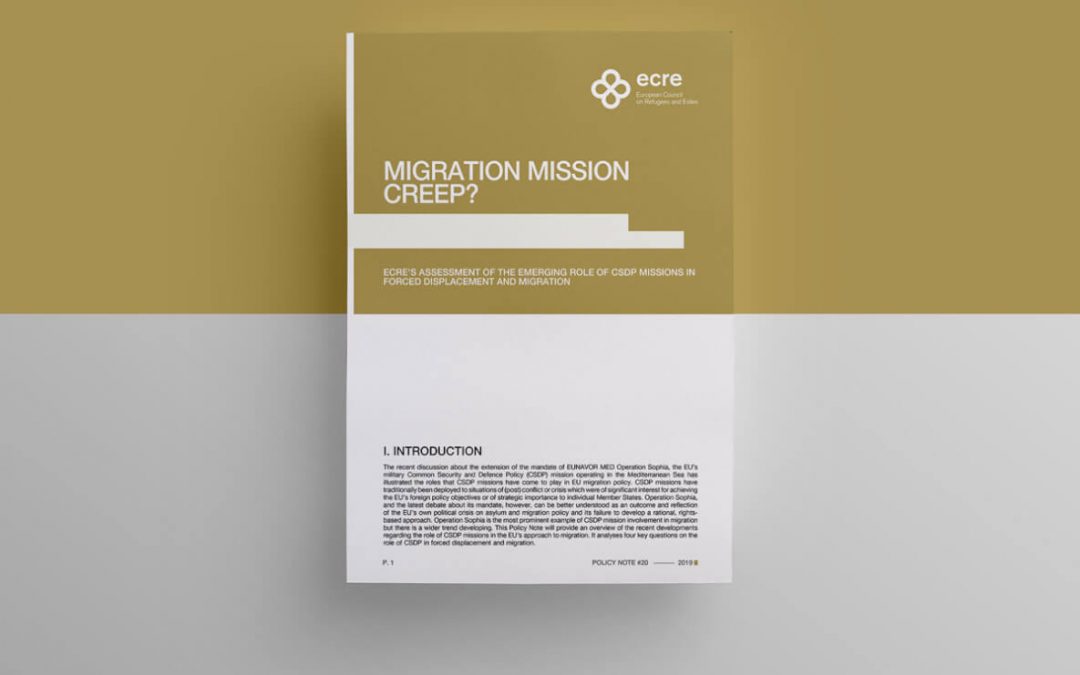 The recent discussion about the extension of the mandate of EUNAVOR MED Operation Sophia, the EU’s military Common Security and Defence Policy (CSDP) mission operating in the Mediterranean Sea has illustrated the roles that CSDP missions have come to play in EU migration policy. CSDP missions have traditionally been deployed to situations of (post) conflict or crisis which were of significant interest for achieving the EU’s foreign policy objectives or of strategic importance to individual Member States. Operation Sophia, and the latest debate about its mandate, however, can be better understood as an outcome and reflection of the EU’s own political crisis on asylum and migration policy and its failure to develop a rational, rightsbased approach. Operation Sophia is the most prominent example of CSDP mission involvement in migration but there is a wider trend developing. This Policy Note will provide an overview of the recent developments regarding the role of CSDP missions in the EU’s approach to migration. It analyses key questions on the role of CSDP in forced displacement and migration.