Panic and Detention as Mexico Cracks Down on Migrants 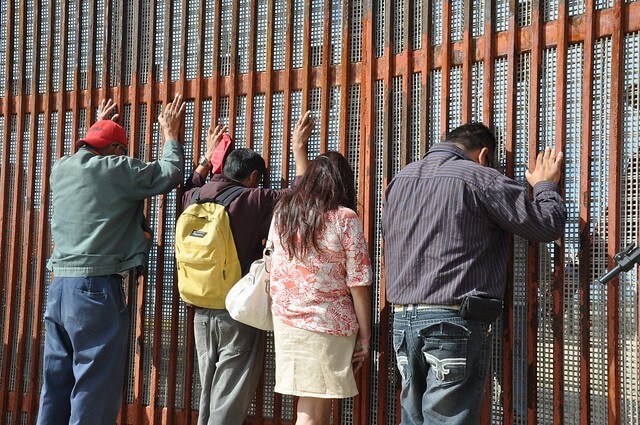 According to Mexican immigration authorities 371 people were detained on Monday April 22 when Mexican Police and Immigration Agents raided a group of approximately 3000 migrants. They were passing through Chiapas state fleeing poverty and violence in Honduras, El Salvador and Guatemala hoping to reach the US Border.

The raid that represents one of the largest since what has been dubbed ‘the exodus’ began last year is according to Deutsche Welle a reaction to increased pressure from the US to stop people from trying to reach its borders. Reportedly the Mexican Police targeted isolated groups of people in tail of the caravan causing panic and breaking up the so-called caravan. People were fleeing into the hills and forests, taking refuge in churches, trying to jump passing freight trains or continued and were stopped by police and immigration check points.

While Immigration Chief (Commissioner Instituto Nacional de Migración) Tonatiuh Guillén regretted the incident causing children to be frightened he stated that 11,800 migrants have been deported so far this month and that Mexico will be more selective in the issuing of humanitarian visas of which 15000 have been granted in recent months. Mexican President Andrés Manuel López Obrador rejects the notion that the countries handling of the situation is contradictory or incoherent.

Statistics from the Migration Institute reveals that 5,336 migrants are in detention in Chiapas, 1,500 of which were awaiting deportation and according to the National Human Rights Commission, the immigration center in Tapachula is overcrowded.