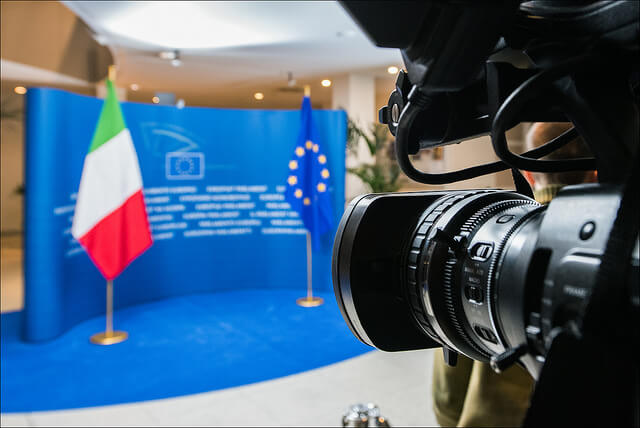 According to leaked internal reports of the European External Action Service (EEAS), obtained by POLITICO, EU officials were aware that some of the policies applied in the context of Operation ‘Sophia’ exacerbated the dangers of crossing the Mediterranean.

While having saved more than 49,000 people in distress since its launch due to its search and rescue obligations under international maritime law, the documents reveal that the EU has known since 2016 that the practice of destroying the wooden boats used by smugglers to avoid them being reused put the people trying to cross the Mediterranean at greater risk. Instead, smaller and cheaper rubber boats less safe and less likely to reach European shores are used, overfilled by the smugglers to maximize profits, leaving the people stranding in international waters dependant on rescue.

Furthermore, the reports reveals that officials have also been well aware of the direct or indirect involvement of members of the Libyan coast guard in the smuggling business. Yet, training of and support to the coast guard was added to the mandate of Operation ‘Sophia’ in 2017. In addition, severe human rights violations by the Libyan coast guard and in the country’s migrant detention centres are well documented, raising serious concerns in light of the fact that due to the cooperation more people are now returned to Libya than arriving to Europe.

‘Sophia’ was launched in June 2015, initially for the period of one year, with the core mandate to contribute to the disruption of ‘the business model of human smuggling and trafficking networks’ by identifying, capturing and disposing of vessels used or suspected of being used by migrant smugglers or traffickers. During its course, the mission has subsequently been extended three times, most recently until 31 March 2019. While several EU states have contributed assets and personnel, the mission is under Italian command and headquartered in Rome. Most of the people rescued have been disembarked to Italy, which prompted Italian’s Prime Minister Matteo Salvini to close the ports to NGO vessel engaged in civil search and rescue last summer.

With its deadline for renewal up by the end of this month, the future of the mission remains unclear, in particular after Germany’s withdrawal in January and Italy’s announcement that it will only continue with the operation if a solution for the resettlement of the people disembarked will be agreed on.