OPed: Cooperation with Morocco in the EU’s African Border – a laboratory of externalization 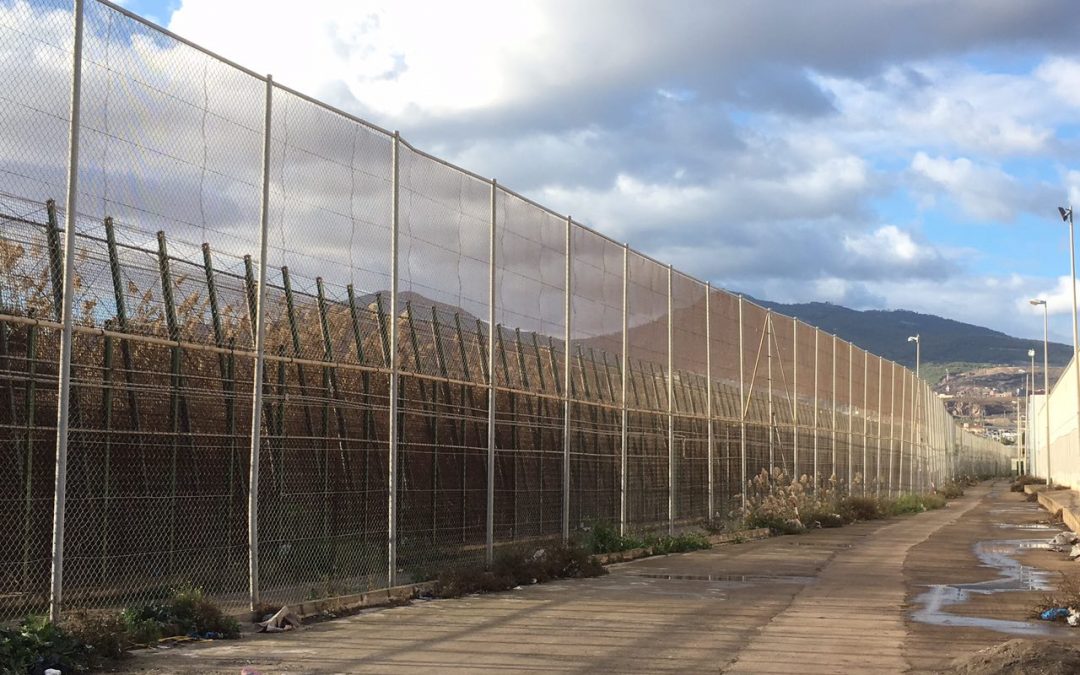 By Jon Sebastian Rodriguez Forrest, Confederal Group of the European United Left – Nordic Green Left, who visited Melilla and Nador with a parliamentary delegation at the end of 2017

The fences encircling the Spanish enclaves of Ceuta and Melilla are the only land borders  Europe shares with Africa, and work as a laboratory for the European Union to experiment with different externalization policies which are now being implemented throughout the Union. For example, the creation of isolated spaces from which people are not transferred to the continent has been standard here for over a decade, long before the EU-Turkey Statement implemented the same on the Greek islands. The Spanish-Moroccan Agreement on Readmission was signed in 1992, one of the first bilateral agreements between an EU Member State and a third country to return migrants. Since then, with fences built in the late nineties in what had previously been open borders, Moroccan authorities have controlled entry into the last European territories in Africa.

This control is the most direct consequence of Spain’s externalization policy. Moroccan forces not only considerably outnumber Spanish ones but, strategically detain Sub-Saharan Africans before they can reach the Spanish Border Asylum Office. It is clear that the Moroccan Government uses the border to exercise political pressure; more people managed to cross the fence in three days than in the six previous months last February, in the run up to the EU – Morocco negotiations on agriculture and fisheries.

It is also worth noting that Morocco does not officially recognize Spanish sovereignty over the cities of Ceuta and Melilla despite the existence of full border control on both sides. The territorial dispute is leveraged by both Spanish and Moroccan authorities to block migrants and asylum seekers. Extrajudicial pushbacks still take place on a regular basis despite the recent European Court of Human Rights sentence against Spain condemning these. Spanish authorities use the ambiguity of the No man’s land on which the fence is built as a justification. The pushbacks can happen at any stage of crossing the complex system of three different barriers and the deep pit that form the fence – or even after reaching the Spanish side. Footages by activists give evidence that Moroccan forces even cross the different gates through the fences and enter Spanish territory to capture and return migrants and asylum seekers, including minors.

Another dispute between Spanish and Moroccan authorities concerns the territorial waters. As Morocco does not officially recognize Spanish sovereignty, they consider all the sea surrounding both cities as Moroccan. This is considered acceptable by Spanish authorities as it facilitates the extremely dangerous pushbacks at sea, now increasingly common. The number of people reaching Ceuta and Melilla by sea has grown in 2017, constituting around half of the entries, and a 140% increase since 2016 due to increasing difficulties to cross the land border.

In Morocco, where the EU has exercised pressure to adapt legislation for its own migratory objectives, there is notable cooperation in the funding of the Special Forces and their infrastructure and materials. These Special Forces are a specific police body controlled by the Ministry of Interior that has migration control among its main tasks, together with other areas such as the control of internal political dissent. They act aggressively against the camps of Sub-Saharan Africans living in inhuman conditions in the forests surrounding both cities, which they dismantle and frequently destroy as often as several times per week. In Melilla, a Spanish Army helicopter leaves the city every week to identify the camps on Moroccan territory. This is routinely followed by the brutal destruction of the camps by the Moroccan Special Forces, accompanied by detentions and violence against the migrants and asylum seekers.

It should be noted that the part of Morocco that surrounds Melilla, the Province of Nador, houses the only detention centers in Morocco. Detention is set up without any kind of judicial order or supervision and in an undefined timeframe. Until about a year ago refugees and migrants were pushed back into Algeria but the Algerian Government now rejects this practice, so they are taken on buses to other cities in southern Morocco, like Agadir, and abandoned there, often bearing severe injuries caused by the beatings of the Moroccan forces.

Despite EU efforts to turn Northern African transit countries into the countries of destination for migrants and asylum seekers, it is clear that these measures, together with the poverty and repression the Moroccan population itself suffers make this transition impossible. In the frame of the EU Trust Fund for Africa some cosmetic measures have been adopted, but for around 4,000 people waiting to cross into Europe the consequences are invisible. The Moroccan Government has also launched a regularization process for migrants to gratify its European counterparts. However, all of the over three hundred regularization claims presented in the Province of Nador have been rejected.

As indicated by different organizations working on the ground both in Morocco and in Ceuta and Melilla, the situation is continually deteriorating due to the growing securitization of the borders and the increasing cooperation between the EU and Morocco. The main goal of this policy is to fund the repressive instruments of the Moroccan State to keep migrants and potential asylum seekers out of European territory. This is producing an enormous amount of profit for private companies, like European Security Fencing, a Spanish company producing the state-of-the-art barbed wire used at this border that cuts into the flesh and can trap the person trying to cross at the fence for hours until the forces of either side decide to let them down. It is also pushing people towards increasingly dangerous routes, for example hidden inside cars, where they spend several days without food or drink until their body functions decrease to the point that they cannot be detected when crossing by the European funded thermal cameras used at the border. While the EU has not been successful in halting migration along the route to the Spanish enclaves, it is creating a business opportunity for smugglers – for many people who cannot access EU and apply for the international protection many of them would be entitled to, they now represent the only option.

The fundamental question in the Spanish enclaves and other areas of EU externalization is if we as Europeans should measure the success of our policies by the extent to which they prevent people to access their fundamental human rights or leave them at the mercy of smugglers?

ECRE publishes Op-eds by commentators with relevant experience and expertise in the field who want to contribute to the debate on refugee rights in Europe. The views expressed are those of the author and does not necessarily reflect ECRE’s positions.