Op-ed: Channel Crossings: If Anything has Come to Crisis Point it’s the Language Used by our Home Secretary 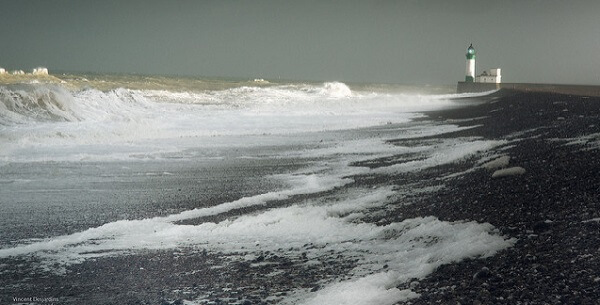 The previous two weeks have been extremely busy for UK refugee charities like ours. With a handful of people crossing the Channel by boat making headline news almost daily, we saw several interesting but worrying things follow. The Home Secretary, Sajid Javid, cutting his holiday short and declaring the situation a ‘major incident’; Javid making several contentious remarks about whether these people could be ‘genuine’ asylum seekers and even threatening to make it very hard for them to claim asylum in the UK if they have come via France.

Many negative comments swirled around social media by members of the general public seemingly persuaded by portrayals in the media of the situation being a ‘crisis’, a mass influx of people breaking into Britain to take jobs and houses when they could have easily stayed in France. Sadly this is not new – for years people have repeated myths about why those in search of safety ‘choose’ to come to the UK, but it doesn’t mean it’s not important to restate our points, particularly as our Home Secretary is fairly new to the issue and has said very little about asylum since he came to office. We responded to this with a myth-buster type Q and A.

We have perhaps been most concerned and frustrated by words used by Javid in a Ministerial statement on Monday and later on in a letter he sent to Conservative MPs. While recognising that one of the factors influencing the recent rise in the number of people arriving by boat is the increased security measures put into place by UK and French authorities, the Home Secretary continues to push the blame for the dangerous routes this forces them to take onto the individuals themselves. He also worryingly states that he will ask his officials to ensure that full use is being made of provisions introduced in 2004 relating to safe third countries, both in and out of Europe. This follows trends in most member states as reflected in a briefing paper released in 2018 by the AIDA database managed by ECRE.

It’s certainly been a steep learning curve for Sajid Javid; it’s an unhelpful introduction to the issue of international protection and certainly an inconvenience for him having to deal with this over the festive period. We would advise him to avoid repeating the incorrect assumption held by a disturbing number of members of the public; that asylum seekers are obligated to claim asylum in the first safe country they reach. Not all countries that are safe for their own residents are safe for all individuals in need of protection. We have long been calling for leadership in the debates on asylum in the UK and what we really don’t need is misinformation on the right to protection.

There are many important and understandable reasons for why people might choose to seek asylum in the UK. Often people already have family here and wish to try and unite with them. Many people have English as an additional language and therefore see a better chance of rebuilding their lives in the UK.

Though calling the Channel crossings a ‘major incident’ was an overreaction on Javid’s part (we are talking about a tiny number of people arriving at country which hosts the 5th largest economy in the world and 66.9 million people) he is right to decry anyone having to cross the world’s busiest shipping channel in a flimsy boat on a cold, rough night in winter. In our view the recent arrivals are a very clear expression of just how unsafe many people seeking asylum in northern France feel, which is supported by recent research. Javid on the other hand continues to describe France as safe for persons in need of protection.

Ultimately Javid falils to realise that there are several important decisions he has the power to make which would help prevent people from making treacherous journeys. He could introduce safe and legal routes to make it easier for refugee families to be reunited in Britain. He could do this by enabling the refugees who have already settled here to be given more rights to bring family members to the UK from overseas (you can read more here). Our current refugee family reunion policies are far too restrictive. Javid could also bolster our resettlement programme and commit to developing it beyond 2020 to save even more lives than these schemes already have. Finally, the Home Secretary could introduce humanitarian visas to enable a refugee to start their asylum claim while still overseas, without having to physically be in the UK.