Op-Ed: The World Cup showcases the importance of football for refugees 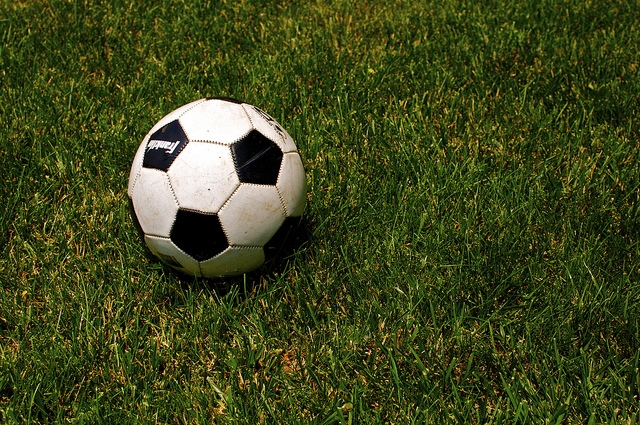 By Dr. Mark Doidge is a Senior Research Fellow at the University of Brighton. He is also Director for the Anti-Discrimination Division of Football Supporters Europe (FSE). He has conducted research projects called ‘Refugees Welcome’: Football fans and community in Europe’ (funded by the British Academy), and the Refugee Integration Project with Brighton Table Tennis Club funded by Sport England).

With the World Cup Final approaching, the memory of the group games is beginning to fade. Remember when two Switzerland players, Zherdan Shaquiri and Granit Xhaka, performed an eagle hand gesture in their match against Serbia? Both players had Kosovar-Albanian roots and their emotions were clearly stirred in the match. Whilst all the focus was on the political significance of the gesture and the geopolitics of the region, what was overlooked was the fact that these two players were refugees. Shaquiri and Xhaka whose families had both found refuge in Switzerland in the early 1990s.

It’s also important to remember that the final was also contested with players whose parents fled conflict and sought sanctuary overseas. The Barcelona midfielder, Ivan Rakitic was born and raised in Switzerland after his parents fled the growing conflict in the former Yugoslavia. Alongside him in midfield, the Real Madrid star Luca Modric’s grandfather was killed in the Balkan conflict, and his family became refugees. As his early coaches said ‘Football was our escape from reality’.

Football (and sport in general) provides an important cathartic space where people fleeing difficult circumstances can find some peace and normality, be social and make friends, and also feel like they are part of a broader community. There is a long history of football providing such opportunities for (predominantly male) footballers. The first Spanish professional male footballers in England were former child refugees from the Spanish Civil War.

With the world’s eyes turned towards Russia, football provides a powerful emotional force for people around the globe. For refugees, this is even more important. Being part of a football team can provide that emotional sense of belonging that has been lost through their forced migration. The jokes and banter that characterise football participation can act as a welcome relief from their everyday lives. It provides that sense of sociability and feeling like we belong to a broader group. After all, humans are social creatures and we are all just football fans sharing the same passion for the game.

Football plays an important role for refugees as they try to establish a sense of normality in their new communities. Often football is one of the few areas of continuity with their former homes. It is for this reason that Amnesty International’s Football Welcomes campaign is so important. It highlights the important projects that football clubs are already doing to work with their communities, as well as showcasing the players and fans who are making a positive contribution to their local communities.

Despite the one-off spectacle of the World Cup, what makes football significant for refugees is its consistent timetable. Matches and practices are regular and at the same time and place. Particularly for those who are new to seeking asylum, there are few activities that help construct the week. Having a regular game of football provides some structure and normalcy in an otherwise unstructured world. This is really important for those suffering from trauma, but is beneficial for the mental health of all participants. It is for this reason that (funding permitting) projects should be long-term focused, rather than just one-off tournaments.

Despite politicians saying that football has the power to unite, it cannot be denied it also has the power to divide. Racism and hooliganism are just two examples of how footballers and fans seek to differentiate themselves from others. Although there are many positives of participation – especially physical, emotional and mental health – clubs and projects need to be mindful of the negatives. Football is a physical game, so racism doesn’t just come across as verbal insults, but can be demonstrated through harder tackles or elbows in the ribs. Football Associations and referees need to watch out for these subtleties.

And football can reinforce differences, rather than simply bring people together. Coaches need to watch out for cliques and divisions. Whilst linguistic sub-groups can help ease newcomers into the group, coaches and project leaders have to be careful that these don’t become too fixed as any integrative benefits can be undone. Sport is a place where there is an active agent – the coach – who can mix things up, so for matches, switching players around can help get them to talk to different players and boost their language and social skills.

Gender is also an important division in football. Often clubs and projects address the needs of male players. Having women-only sessions can encourage female players to enjoy the benefits of playing. In some cases, women remain the primary care givers for children, so having facilities for children can also give the women an opportunity to focus on something other than their children or partners.

Football is a really important activity for refugees across the globe. If carefully managed, it gives them the opportunity to meet, socialise and make friends with people outside their social groups. The combination of social interaction and physical activity boosts their emotional, mental and physical health and more importantly it gives them something fun to do to help them switch off from the other things happening in their life.