Op-Ed: The myth and demise of ‘sanctuary’ in the UK 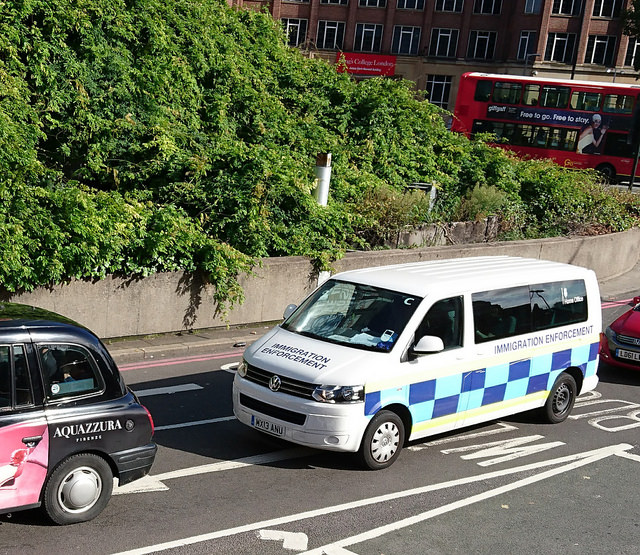 Humanitarianism as a set of responses by governments to protect the human and alleviate suffering is in a state of crisis today, particularly the concept of refuge or sanctuary. For nation states with increased demands on their budgets, the field of humanitarian response has shrunk bracketing out asylum and refuge as areas increasingly delimited by policy and public opinion. In the UK, humanitarian crises such as forced migration have renewed concerns over securitization and border controls committed to keeping refugees well away and far from the national borders and in UN camps. As a result, the figure of the refugee has entered a contentious realm of criminality or as the suspect figure in today’s contemporary politics premising security rather than pity. As French philosopher, Albert Camus observed, the twentieth century was the emergence of the ‘pitiless’ society.

UK’s politics of sanctuary has undergone decades of reappraisal while retaining its romance with its own visions of itself as a sanctuary for the persecuted. Britain’s notion of a humanitarian ethic toward the persecuted and the provision of refuge predates contemporary international human rights law or international refugee law. In the nineteenth century, the sense of a distinctive British tradition of humanitarian refuge emerged out of older religious practices of sanctuary enabling the nation to imagine itself as morally superior and more enlightened than its European counterparts. With mass forced migration and the loss of empire in the twentieth century, borders became increasingly politicized, and control over who could enter marked an overt assertion of sovereign power. As such, the United Kingdom’s historic humanitarian ideal of being a sanctuary for the persecuted became uncoupled from its open borders approach predating 1905. The 1905 Aliens Act not only reinstated border controls, for the first time it defined refuge in British law and created legal protocols for asylum and as such formalized the British tradition of humanitarian refuge. In reality, the Act marked the beginning of a moral and material contestation of this ideal over the next 120 years as issues of immigration, border control, membership of the European Union, and securitization issues would test its commitment to the romantic myth of being a safe haven for the displaced and persecuted, leading to an increased racialization, stigmatization, and fear of the Other.

The attitudes toward immigration have, over the years, been shaped by the United Kingdom’s relationship with its former colonies and equally its membership of the European Union that has witnessed an influx of European migrants at different points in time. The role of subsequent governments (both Conservative and Labour) in reducing the provisions for asylum seekers in their immediate access to legal assistance and welfare reflects the increased subsuming of refuge under immigration control measures within the United Kingdom. In the contemporary context, against the austerity politics of the Conservative government, the refugee is portrayed as both a threat to national security and contributing to the shortage of housing and welfare at large. Today, immigration policy and immigration controls are seen as vital to electoral success; and in tandem successive governments since the turn of the 1900s have cumulatively restricted their obligations to the ‘Other’ as a means to assuage domestic politics.

The United Kingdom’s tepid response to the present refugee crisis needs to be politically and historically contextualized where the figure of the refugee has been reconstituted through policy enactments over time. UK’s policy of open borders from 1826 to 1905 came to an end with the Aliens Act in 1905 which defined for the first time in British law the notion of the “undesirable immigrant” as “criminal aliens, the destitute, the ill or the infirm”. The Act enshrined in law the category of the “refugee,” defined as those at risk of persecution for political or religious reasons. The 1905 Aliens Act made a seminal connection between immigration and welfare; in particular, the concept of “recourse to public funds” which would for in years to come make the refugee a parasitic figure in UK domestic politics.

With the break-up of the empire and self-rule in former colonies from the 1950s and 1960s, the United Kingdom sought to reduce its residual obligations with former colonies or in according them special rights. In so doing it firmly conjoined immigration with race, adopting a racialized approach restricting and identifying ‘undesirable’ elements based on racial grounds. The immigration Acts between 1962 and 1988 not only eroded rights of entry to Asian and Black peoples but also curtailed the citizenship rights of former colonial subjects bringing virtually all primary migration to an end. From 1990-2000 a series of immigration controls sought to make the attaining of asylum and the lives of those seeking it in the United Kingdom more uncomfortable both in terms of entry and in the area of welfare entitlements. The Immigration and Asylum Act 1999 provided a new legal framework for the detention of asylum seekers to combat illegal entry and strengthened the hand of the home secretary by expanding powers to search, arrest, and detain asylum seekers. After 2000, a raft of British policy enactments further curbed entry by dramatically increasing surveillance and monitoring at borders while enlarging the powers of the police and the home secretary. From 2010, with UK facing an austerity politics at home, it marked an era of open hostility towards the refugee. The government’s “deport first, appeal later” scheme was extended to all migrants unless it would cause them “serious irreversible harm”.

Between 2014 and 2016, Europe and UK faced the biggest forced migration crisis since World War 2 with more than 1.8 million refugees entering the EU in 2015 alone. The Brexit referendum again brought anti-immigrant sentiment to the fore. Recent controversies over the proposed expulsion of hundreds of Caribbeans (i.e. the ‘Windrush generation’) who had been living in the country for 50 years highlighted the callous brutality of deportation policies. While there have been some calls for more compassionate immigration and asylum policies the government has pledged harder borders with a further £44.5 million to tighten security at the port of Calais.

Stories of danger, drowning and shipwreck in the Mediterranean no longer dominate the news or parliamentary debates on the “refugee crisis” as they did between 2014 and 2016, but the ‘problem’ has not gone away. The inability to cooperate on forced migration remains one of the biggest “existential” threats to the European project and is likely to remain top of the EU agenda for years to come. Despite Brexit, Britain may continue to contribute to the EU budget intended to fund expanded operations in Europe to ensure refugees are kept well away from their borders and their seashores.

The distinctive British tradition of humanitarian refuge had become a shell. The three central tenets of the romantic ideal, the lack of restrictive laws, non-discrimination, and the refusal to extradite or deport, had all but disappeared within just over a century. While the Ancient Greeks had feared the vengeance of the gods if sanctuary was refused, British political leaders from Blair to May have feared the revenge of voters at elections over ‘uncontrolled’ immigration.