Op-ed: Refugees Shouldn’t Be Used as Props to Alert to the Dangers of Climate Change 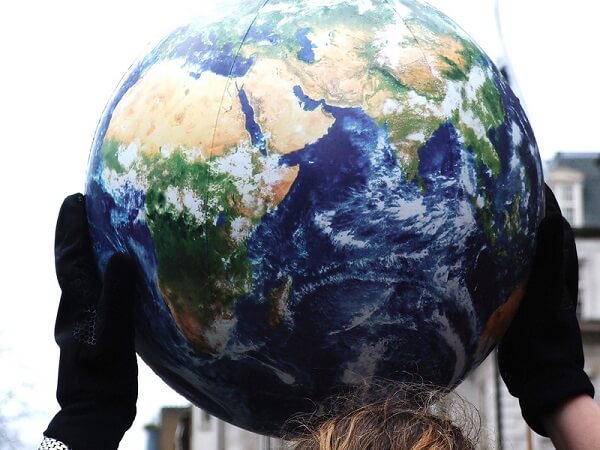 François Gemenne is Director of the Hugo Observatory at the University of Liège and Lead author for the Intergovernmental Panel on Climate Change.

Caroline Zickgraf is Deputy Director at the Hugo Observatory. Her research focuses on immobility in relation to climate change.

Recent mobilisations against climate change, such as those initiated by activist Greta Thunberg or civil disobedience movement Extinction Rebellion, have awaken many about the imminent threats presented by climate change. Climate change is finally recognised as a crucial political issue, and this is a welcome development – yet to be followed by meaningful political action.

The impacts of climate change in developing countries are key drivers of migration and displacement, both internal and across national borders. They affect directly millions of people, and also weigh in significantly on the political or economic drivers of migration and displacement. For example, about half of the population in sub-Saharan Africa depend directly on subsistence agriculture as a primary source of income, which means that any change in temperature or rainfall has severe and immediate economic consequences for these households.

Yet, when such migration and displacement are addressed in the debates on climate change, it is usually in the future tense along these lines: “Hundreds of millions of ‘climate refugees’ would be displaced if we fail to curb our greenhouse gas emissions radically”. It is indeed a likely possibility that climate change will displace millions of people in the next decades. However, we’d like to argue that it is wrong to use this fact in the context of the mobilisations on climate change. Here are some reasons why.

First, it is wrong to present climate-induced migration and displacement as a future risk. It is already a reality today, which demands attention and policy responses. Projections of ‘zillions of people’ displaced by 2050 or the end of the century overshadow the fact that millions of people are currently displaced. Climate-induced displacement is not a looming disaster: it is first and foremost a present reality that needs to be addressed.

Second, it sets those displaced by climate change impacts apart from those displaced by other political or economic factors, as if ‘climate migration’ was a new, discrete migration category. People displaced by climate change are also displaced by economic, political, and other reasons: the political situation and economic conditions in many places of the world are deeply embedded in the environment. Any environmental disruption has immediate economic or political consequences. Most importantly perhaps, climate change is a very political and economic issue: it is a form of persecution inflicted on the most vulnerable populations of the world. We are now well aware of the dramatic consequences of greenhouse gas emissions produced in industrialised countries. Failure to curb these emissions amounts to a new form of political persecution, which raises important questions regarding responsibility and protection.

Third, it does not acknowledge the millions more people who are unable to leave even in the direst of circumstances.  Climate change degrades the very resources people need to migrate, and yet for many migrating offers a pathway out of danger.  We so rarely acknowledge that migration can be a good thing: it can get people out of harm’s way before they become displaced and help them secure a better life for themselves and their families back home. Some of the most vulnerable populations to climate change are those that don’t have the opportunities to move: the poor, children, the elderly. Adaptation planning that respects human rights need to be about enabling choice, including the choice to migrate.

Lastly, and perhaps most importantly, the current rhetoric about ‘climate refugees’ doesn’t serve the interests of those who should be protected. Floating the prospect of a looming migration crisis is only likely to fuel current xenophobic prejudices against migrants and refugees. Whether such rhetoric can convince governments to curb greenhouse gas emissions remains to be seen. Rather they are likely to reinforce border surveillance and tighten migration policies: their way to prepare for the ‘human impacts’ of climate change.