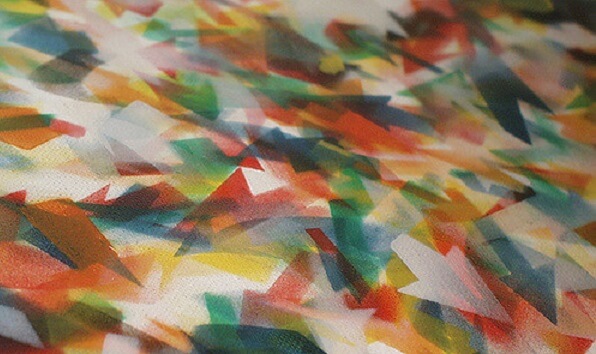 By Lucy Mayblin, Senior Lecturer in Sociology at Sheffield University. Lucy’s research focuses on asylum, human rights, policy-making, and the legacies of colonialism. She is the author of ‘Asylum After Empire: Postcolonial Legacies in the Politics of Asylum Seeking’ (Rowman and Littlefield International, 2017).

Governments in Europe, and indeed beyond, use many different tools in attempting to decrease the numbers of people arriving in their countries in order to seek asylum. Some of these measures involve border controls but since the late 1990s there has been a growing interest in tackling ‘pull factors’. That is, things that might be potentially desirable conditions, such as access to the labour market, or generous welfare support packages, which could, the theory goes, act as a migratory pull. Policymakers across Europe, but most notably in the UK, have consequently sought to remove these attractive conditions in the hope that doing so will have a bearing on the numbers of applications for asylum received.

Economic pull factors have been a particular focus of attention in the UK. This is because many politicians believe that a large number of asylum seekers are not real refugees but are instead economic migrants trying to cheat the system. As the numbers of asylum applications from non-Europeans increased at the end of the twentieth century, these sorts of assumptions around asylum seekers not being ‘genuine’ or as deserving as those in the past, have become ever more popular.

This idea is underpinned by an assumption that potential asylum seekers are ‘rational economic actors’ –that they have access to perfect information about a suite of potential host countries and make decisions according to economic cost/benefit criteria. It also assumes that they are able to execute their migration plans relatively straightforwardly unless national governments step in with policy interventions to both physically stop them moving, but also, importantly, to disincentivise migration. Of course, this completely misunderstands the nature of refugee journeys.

Refugee journeys to Europe are complex and dynamic. They are complex because they concern people from a range of countries, ethnicities, languages, religions, education levels, genders, ages, sexualities, and access to resources fleeing for many reasons in many country contexts. They are usually making journeys with imperfect information, changing migration plans on their way, encountering other migrants, humanitarian actors, border guards, media personnel, and smugglers, who change things for them in various ways. Not only is it hard to generalise across these diverse experiences, but refugee journeys are also dynamic. By dynamic I mean that they are ever changing –the nationalities of displaced peoples, their languages, ethnicities, the resources that they have access to and the journeys that are accessible to them, change every year as situations which produce refugees. This complexity and dynamism cannot be logically simplified by suggesting that would-be asylum applicants in general migrate from A to B because of variable X. This is simply not how refugee migration works.

It is for this reason that researchers have been unable to prove that economic pull factors have any bearing on numbers of asylum applications. Despite there being a lot of research in to why asylum seekers choose one country over another, not one study has found a long term causal link between welfare and work policies and numbers of asylum seekers. This is in part because using large scale datasets and attempting to show correlations between numbers of asylum seekers and particular policy interventions in particular countries at particular points in time is not possible in complex and dynamic cases, such as refugee migration. Not only are refugee migrations complex and dynamic, but policies seeking to act upon them in potential host states also regularly change. The simplistic policy rationale, then, repeated in parliament and press statements over and over again for two decades, is based on nothing.

What the research does show us is that known ‘pull factors’ are not things that can be easily addressed by policymakers. They include family and community ties, histories of colonial relations between sending and host country, and general imaginings of a host country being safe, peaceful, and the rule of law upheld (irrespective of actual policies). Despite the lack of evidence for policies on welfare and work having any demonstrable effect, the policy of restricting the economic rights of asylum seekers in order to remove pull factors continues. The upshot of this for asylum seekers in the UK, where my research is focused, is that almost none have the right to enter the labour market, making them dependent on welfare payments called ‘asylum support’. The welfare support offered to asylum seekers is then set at around 50% of Job Seekers Allowance –the welfare benefit paid to unemployed citizens. Job Seekers Allowance is already not generous; the Joseph Rowntree Foundation for example has been arguing in recent years that it is too low to keep people out of poverty at just 40% of the minimum income standard.

But it’s in research interviews with policymakers and politicians where we really get to the heart of this because civil servants -policy advisors who have worked in the Home Office- tell me they know there is no evidence for the economic pull factor. To put it very briefly, they explain that though there is no research evidence to support the policy, they have a clear steer from the Home Secretary (speaking here of successive Home Secretaries since 2002) about appropriate policy approaches. Appropriate policy approaches are those that will be well received by the public, not those that are grounded in research evidence. What this really means is that through building up my own body of research evidence (discourse data, interviews, systematic review, statistics) I now know that asylum policy is based not necessarily on what works, but on what the Home Secretary perceives the public to favour. In this case, the public are perceived to favour the impoverishment of asylum seekers.

But what the public favours has to be based on highly simplified analyses of extremely complex phenomena because the general public does not contain many people who are experts on refugee issues, or who have ever met an asylum seeker or a refugee. The existence of people wanting to seek asylum is not something that can be necessarily solved using national level policy measures. It is likely that asylum policy will always be based on simplified analyses of public opinion. This may accord with democratic principles, but the continued erosion of the rights of refugees undermines the claim that human rights are a core British value, and we may find that the erosion of fundamental values for those on the margins of society is bad for all of us.