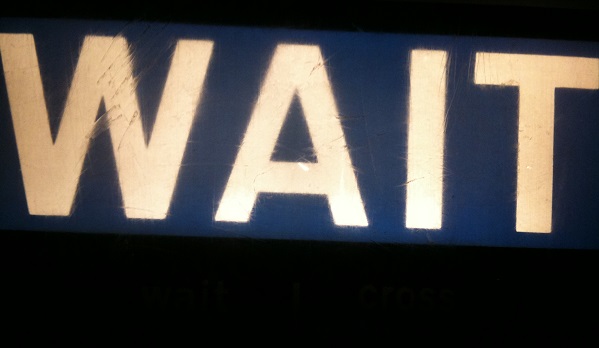 By Daria Dudley. Consultant on asylum issues and Lawyer specialised in Migration Law, as well as Economic and Administrative Law of Germany. Completing her doctoral degree at the department of law at Free University of Berlin.

Aleeke, a refugee from Cameroon, was in Greece for several years before traveling to Germany.  Germany’s deadline for executing his transfer under the Dublin regulation was fast approaching. If they would not manage to respect the deadline they would become responsible for his asylum application.

However, on 30 April Aleeke was informed by the German asylum authority BAMF that his deportation deadline had been suspended “until further notice” due to the Corona crisis leaving him in another six months of waiting in uncertainty on top of the six months he has already waited.

Germany had a total of 142,509 asylum applications in 2019, in 34.3% of these cases a take charge request was sent to other European states in accordance with the Dublin regulation.  In the vast majority of cases, these requests were accepted and most Dublin deportations from Germany were to Italy and France. Over 48,000 new asylum seekers in Germany annually find themselves in waiting mode in their Dublin processes.

BAMF recently announced that Dublin transfers would be suspended due to the Corona situation but provided no clarity about the duration of the suspension. Official letters from BAMF as well as court rulings simply state “until further notice”, implying a renewal of the Dublin deadline. Nevertheless, according to lawyers and asylum experts, BAMF has already started to inform affected asylum seekers about the relaunch of their deportation period. Which could indicate that deportations will restart as early as it is possible to organise them and might potentially include destinations like Greece, Spain and Italy.

Legality aside, there is a problem with infrastructure, since the states of the Dublin agreement might not be currently suitable for the admission of refugees. Not only Italy, Spain and Greece but also France and Belgium are severely affected by the Corona crisis. Asylum centers are in critical condition, access to medicine is restricted, and the accessible labor market completely collapsed, e.g., in Spain.  Moreover, given the economic consequences of increased unemployment and homelessness, hostility and frustration can be expected in many states receiving Dublin deportees with the consequence of destitution and other blockades to social integration.

The German authorities are aware of Corona-related problems in Italy. Seehofer, the German Minister of Interior, mentioned that all transfers to Italy had been suspended “due to the particular medical situation” there. However, though deportations have been halted for the time being due to the policies of non-admission and closed borders, the catastrophic medical and social conditions in Italy, Spain, Greece etc. remain to be addressed by BAMF, German courts or the Court of Justice of the European Union (CJEU)in relation to Dublin. It is striking that both official agreements between the Dublin states and government agreements with the EU Commission do not provoke much public debate. But it might go under the radar during the COVID-19 crisis where the public focus is on other worries than refugee rights. However, this should be no excuse, for the responsible authorities and numerous experts have argued that Germany should apply Article 17(1) of the Dublin III Regulation, known as the discretionary or sovereignty clause to take charge of cases.

Meanwhile, BAMF has been trying to buy time through legal means instead of offering a clear solution to the problem. It refers to article 24 (4) of the Dublin III regulation as well as section 80 (4) of the German Administrative Court Regulation to suspend the transfer period. After such a suspension, this period should start all over again, even if it was already almost over. These legal procedures hardly offer any room for questioning the current admission conditions. The BAMF-decisions are legally binding in many cases already, and most asylum seekers will probably not think of a follow-up application, mostly because they would not risk restarting the time-consuming and complex procedures. However, the European Commission has clearly stated that the suspension of the Dublin transfer deadlines due to a pandemic has no legal basis in the Dublin Regulation. According to the Commission, the deadlines have to remain, and the responsibility has to be taken over by the Member State that is currently hosting the asylum seeker.

it is questionable if certain states have the economic wherewithal or at least the clear political will to host refugees. Numerous experts pointed to catastrophic conditions in Italy, Greece, Bulgaria, Malta, Spain, Poland and other countries. Nevertheless, BAMF, German administrative courts and the CJEU still appear convinced that the conditions in these states mostly meet human rights requirements and are sufficient to carry out asylum procedures.

In the case of Aleeke, BAMF decided that, despite his attested homelessness in Greece for many years, Greece should process his case. He would purportedly be better treated there as a “Dublin returnee” than those already receiving international protection in Greece. Besides, having paid 1,000 Euros to a human smuggler for crossing the border, he presumably has financial means. But Aleeke, like many other refugees, sees it differently. In Greece he was allegedly not helped but mistreated. As for financial means, his assets were exhausted on the journey. Years of homelessness left him mentally and physically sick.

Thousands of asylum seekers like Aleeke in the German Dublin procedures face potential destitution and social isolation in countries without functioning support systems and ravaged by the Corona virus.

Op-ed: ECRE publishes op-eds by commentators with relevant experience and expertise in the field who want to contribute to the debate on refugee rights in Europe. The views expressed are those of the author and do not necessarily reflect ECRE positions.