Op-Ed by Cavidan Soykan: The EU – Turkey Deal One Year On: The Rise of Walls of Shame… 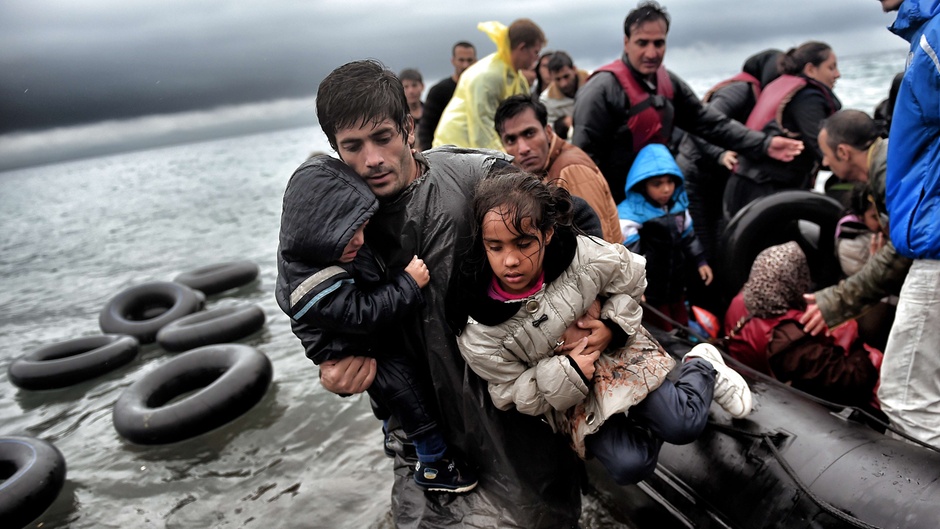 Dr. Soykan is an independent researcher working on the Turkish asylum system. She has a PhD in Sociology from the University of Essex in the UK. She has a background in political science and law as well. For her doctoral studies, she conducted an extensive legal ethnographic fieldwork on asylum seekers from different backgrounds, living in transit in Turkey. In 2015, she had another fieldwork on Syrians living under temporary protection in Gaziantep with a colleague. Her research interests are asylum, trans-national migration, sociology of rights and sociology of law. Her most recent publication, Access to Asylum –Border issues in Turkey appeared in States, The Law and Access to Refugee Protection: Fortresses and Fairness, Stevens, D. & O’Sullivan, M. (eds) (Hart Publishing March, 2017).

This week marks the anniversary of the controversial EU–Turkey Statement of 18 March 2016. The Statement placed responsibility for halting irregular crossings and deaths in the Aegean Sea in the hands of two countries: Greece and Turkey.

The Statement is a prime example of externalization policy, an attempt to harden the borders of the EU against unwanted migration through readmission agreements and prevention of access to asylum in Europe. However, the fear generated in Greece and Turkey that their territory would become a buffer zone for asylum seekers and refugees who failed to reach other European countries has led them to imitate the same restrictive strategies.

Turkey has signed thirteen bilateral readmission agreements with third countries since 2001. As of February 2017, the construction of half the 511-kilometer long concrete wall on the Turkish-Syrian border had been completed.[i] In early 2016, Turkey had already imposed a visa regime for Syrians arriving from third countries.[ii] Together these measures mean that Turkey’s highly appreciated open door policy for Syrians has come to an end. It has also been reported that Syrians living in the EU with residence permits are having difficulty acquiring Turkish visas to visit family members. Syrian refugees are now trapped in Turkey under the temporary protection system, which the EU Commission claims is “sufficient” protection or protection equivalent to that provided by the Geneva Convention.[iii]

As of 14 March 2017, 916 people had been returned from Greece to Turkey under the deal and, in return, 3,919 Syrian refugees had been resettled in different EU member states from Turkey.[iv] Since the beginning of the process the EU Commission has argued that Greece can consider that Turkey is a safe third country within the meaning of the Asylum Procedures Directive. In reality, the protection provided by Turkey under the temporary protection system cannot be considered either “sufficient” or equivalent to the Geneva Convention’s standards.

Above all, Turkey still maintains the geographical limitation meaning that it does not grant refugee status to non-European applicants. Syrians cannot become refugees in Turkey because non-European applicants can only acquire conditional refugee status. In addition to these clear breaches of EU law, problems of access to protection by returnees were reported by human rights NGOs in Turkey.[v] The change made in the Temporary Protection Regulation for Syrian returnees on 5 April 2016 does not guarantee automatic access to the system.

Criminalization of migration is also evident in the increasing use of administrative detention and deportation. Let us assume, for the sake of argument, that non-Syrian returnees from Greece can easily seek international protection in Turkey. They are nonetheless considered irregular migrants and put into administrative detention for deportation purposes because they previously violated the rules on legal entry into and exit from Turkey. The protection requests of these migrants are then assessed under the fast-track procedure.

On the other hand, together with formal standards, protection from refoulement is an important guarantee, with the principle of non-refoulement set out in Article 4 of the Law on Foreigners and International Protection. However, a change was made with the Decree 676 under the state of emergency. According to this new provision, a removal decision can be taken for international protection holders and applicants if they are considered to be linked to a terrorist organisation (Article 54/2). Lawyers report that removal decisions are being processed for international protection applicants under administrative detention. Since the Statement was published, Turkey has expanded its detention capacity by turning reception facilities into removal centres. With the twelve new centres being built with EU funding, Turkey’s detention capacity will be raised to 8,470 in one go.[vi]

Were it not for the walls of shame being built within and around the country, it is unlikely that trapped Syrians and other asylum seekers would choose to live a life in Turkey which has no integration policy. The geographical limitation to the Geneva Convention still shapes the asylum and immigration profile of Turkey by leaving more than three million people in legal limbo.

[i] http://www.hurriyetdailynews.com/more-than-half-of-turkey-syria-border-wall-complete-housing-agency.aspx?pageID=238&nID=110198&NewsCatID=341 (Last accessed on 16 March 2017)