Op-ed: 12 Worlds within Our Island 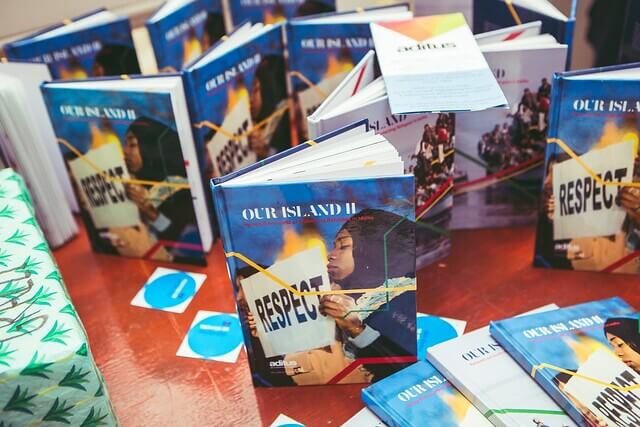 By Dr. Neil Falzon, Director of aditus foundation on the release of Our Island II – a compilation of 12 personal stories told by people arriving to Malta in search for security and opportunities.

It is a tired cliché to say that the migration discourse tends to ignore the very human stories that populate it. On the one hand, this is understandable, since it is close to impossible to even fathom, let alone give proper attention to, the sheer variety of characters and histories with millions of people on the move. On the other hand, and perhaps more pessimistically, the task’s impossibility is exacerbated by a lack of interest. Put simply, characters and histories disappear because it is partly thanks to their absence that we can take the necessary steps to block, control, detain, suppress, shame and dehumanise. You cannot dehumanise a statistic.

Whilst we do not attempt the impossible – we are not documenting and engaging with all stories – we are nonetheless firm believers in an approach that is not merely humane but human-centric. Yet also this exercise is prone to becoming a cliché, whereby portrayals of migrants become stylised accounts that fit predetermined story or profile moulds – putting forward a person’s life as an example of the goal we are striving to attain with our public awareness-raising or our advocacy to government counterparts: the tireless hero crossing the Sahara desert, the brave woman who stood up to village elders, the innocent child playing in the dirt, the young man who just got his medical degree.

Our Island II attempts to span a wide range of emotions and experiences: the anxiety caused by being locked up, surprise at a Maltese woman’s flirtatiousness, peer pressure within one’s own ethnic community, helplessness at being perpetually undocumented, pure joy at being united with family members, stress due to the constant need to ‘integrate’. Immigration or protection status is not important. Neither is country of origin. You are told nothing beyond what the stories themselves recount, because nothing is more important than the stories. Twelve stories: Nicky, Adil, Farah, Michael, Mary, Sekou, Agnes, Omar, Emad, Dursa, Hana, Ousman. Well, 11 stories and Emad’s poem.

The book is free of aditus foundation’s judgement, comment, critique or analysis regarding how Malta handles relevant complex themes such as integration, detention, vulnerable persons, solidarity, citizenship and rescue at sea. Clearly, we have our views on all of these themes, and we have been quite outspoken on most if not all of them. Yet we strongly feel that Our Island II is not the place to use a contributor’s story as a springboard for our commentary. Our voice is absent, in order for the 12 voices to be given centre stage and to dialogue with the reader.

As you read through the stories, you will be invited into 12 very different worlds. You will get to know our contributors and be given a glimpse of their lives in Malta. They are indeed very different worlds, yet united by possibly two significant elements: the relationship between Malta and all narrators is based on otherness; and their protagonists are, quite honestly, regular people.

Ultimately, if we might be permitted one advocacy message in Our Island II: Personal Accounts of Refugees in Malta, it is an appeal to not limit your interaction with our authors to their heroic stories. Engage with the moments, yes. Empathise with the characters. But stopping there, at instances of heroism, would be superficial and an injustice to the protagonists.

Look for the regular guy, the man who’s probably your colleague, the woman you stand next to each morning on the bus stop, that kid reading on the doorstep. They’re heroes, yes. But, first and foremost, they’re just like you and I.

The Op-ed is based on the introduction of Our Island II and approved by the author.