New York Declaration one year on: Responsibilities not yet shared – Interview with Aspasia Papadopoulou Senior Policy Officer for ECRE 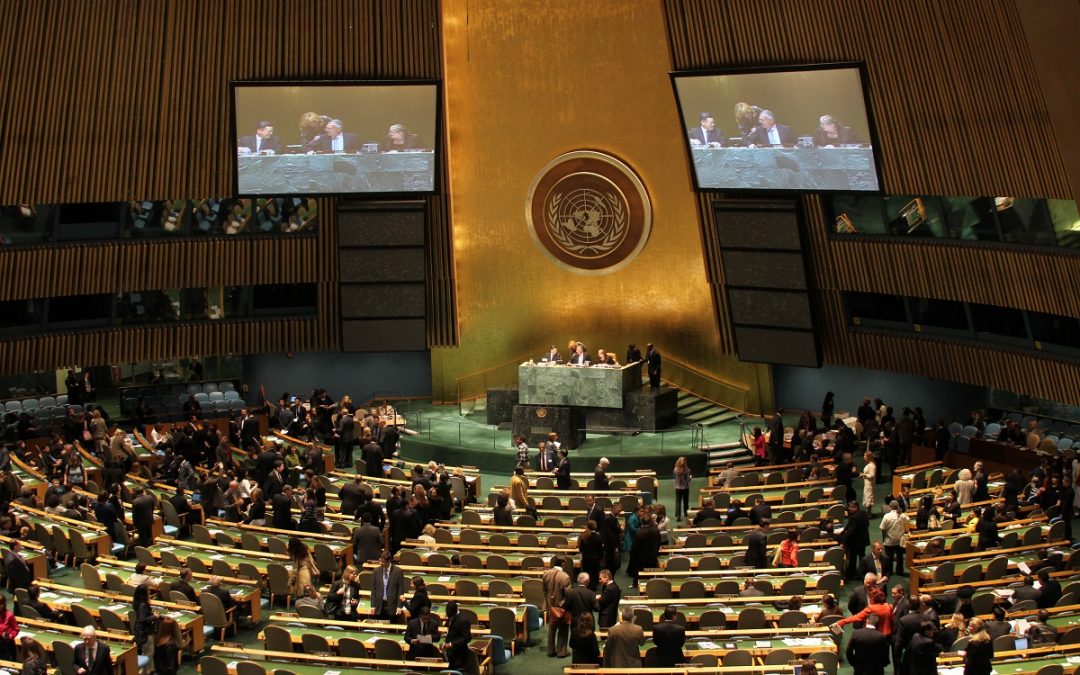 In the New York Declaration adopted on 19 September last year, governments affirmed their commitment to the notion of responsibility sharing, they did not conclude a Global Compact for refugees but kicked off the process for consultation and a second summit to adopt it in 2018. The NY Declaration set out commitments for the protection of refugees in four areas;  easing pressures on host countries, enhancing refugee self-reliance, expanding third-country solutions and supporting conditions in countries of origin for return in safety and dignity. One year later, where do we stand?

One year later, States are still underperforming when it comes to working together to protect and assist refugees. The Declaration itself did not maintain the ambitious global resettlement target of 10% that the UN Secretary General had proposed, neither did the Comprehensive Refugee Resonse Framework (CRRF) that came out of it set very strong responsibility sharing commitments in the end. Much of what is promoted in the ‘solutions’ could even be seen as containment.  This means that the Global Compact on Refugees needs to be more ambitious, concrete, and measurable. It needs to be framed in a way that allows absorption into governments programming and planning.

What are the next steps?

Timewise, we are in the middle of the roll out of the CRRF, run by UNHCR in pilot countries; thematic discussions are taking place in Geneva this autumn and the High Commissioner’s Dialogue on Protection Challenges in December will also focus on the CRRF. The CRRF text itself, which is annexed to the NY Declaration, will remain more or less the same, so everyone’s attention is now on the Programme of Action that will be developed. This is where we want to see clear commitments with indicators to enable monitoring, almost like the Sustainable Development Goals (SDG). Showcasing good practices is not enough. A zero draft will be presented in February 2018, starting the negotiations with States for adoption in October 2018. The Millennium Development Goals (MDG) process shows that international agreements which are not legally binding can nonetheless have significant impact.

With regards to Europe in particular, what is the potential of the Global Compact on Refugees?

There are two sides to this. On the one hand, how Europe can benefit from the CRRF and GCR. Here, all CRRF elements relate to Europe, from contingency planning and how to address large scale movements, to registration and identification practices, improving reception conditions, promoting refugee inclusion, proper education, right to work and transferrability of social rights. Applying the CRRF approach could be useful to Europe, at a moment where asylum policies in certain Member States demonstrate an erosion of the Geneva Convention. As a framework, the CRRF could help address the more dysfunctional elements of CEAS discussions, like ‘safe third country’ and similar concepts, and reaffirm the centrality of legal instruments.

The other side to this is how Europe can contribute to the implementation of the CRRF/GCR, and essentially to global responsibility sharing. The EU is the world’s biggest development donor and helps refugees around the world. The Lives in Dignity’ Communication (2016) and related Council Conclusions are in the right direction, fostering self-reliance, bridging the humanitarian/development divide, and promoting a new approach that addresses displacement through developmental solutions. But thats not enough to meet the CRRF commitments. EU Member States also need to support families to reunite, and increase resettlement numbers to bring refugees here. Responsibility sharing would mean for Europe much more than aid, it would mean primarily more safe and legal channels.

The EU is increasingly sealing off its external borders. How does this affect the EU as a global actor in refugee protection?

The EU Migration Agenda and the Partnership Framework are predominantly about containment, and externalisation – of migration control, as well as externalisation of protection commitments. Development aid is increasingly diverted to meet migration control objectives. All this runs against the spirit of the NewYork Declaration and the Global Compact. How can the EU support a global framework for responsibility sharing when it closes its own internal and external borders? This is not only about integrity, it is also about Europe’s credibility, also as a donor and humanitarian partner. Europe also has a normative power that is significant; European policies and engagement can affect the level of buy-in to the CRRF and GCR from hosting countries in other parts of the world. In the end of the day, the role of Europe is to show that this is a truly global process.

ECRE Weekly would like to thank Aspasia Papadopoulou for taking the time.