New Spike in Mass Expulsion from Algeria to Niger 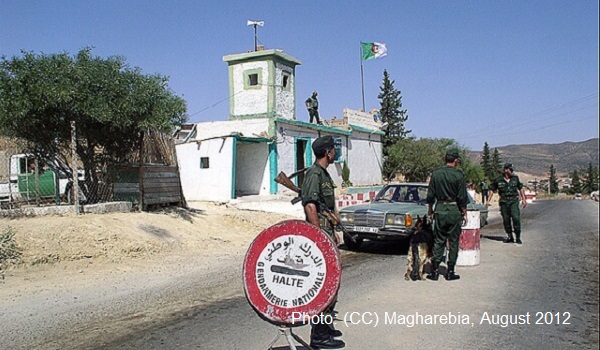 Within the past month, Algerian authorities have deported thousands of people to Niger. People, including registered asylum seekers and children, were intercepted in raids across the country and handed over to Nigerien authorities in Agadez, or abandoned in the desert at the border. Those expelled report severe abuse by Algerian forces.

As reported by the collective Alarme Phone Sahara, at least 6,747 people were expelled from Algeria to Niger between 30 September and 27 October. This marks a significant increase in deportations, that occurs just after Algerian Interior Minister Kamel Beldjoud announced a national strategy on combatting ‘illegal’ migration in parliament on 30 September. 3,880 Nigerien nationals were deported on 2, 5, 10, 16 and 27 of October to Agadez, where they were received by Nigerien forces. The operations took place under a bilateral agreement from 2014 on repatriating undocumented Nigerien nationals from Algeria to Niger. Additionally, 2,867 nationals from different Sub-Saharan and Middle-Eastern countries were subject to mass expulsions on 30 September and on 3, 8, 14 and 25 October. The expulsions were carried out through ‘unofficial convoys’ to the border zone between the two countries, were the expelled were left destitute in the desert, fifteen to twenty kilometres away from Assamaka border post.

Human Rights Watch reports that foreign nationals were rounded up in raids at their homes, their work places and in the streets across Algeria and detained for days or weeks before being expelled to Niger. The UN Refugee Agency confirmed that at least 80 people out of those expelled within the past month were registered as asylum seekers. Even unaccompanied children and children separated during the raids were expelled.

People who were expelled accuse Algerian authorities of having committed theft and severe forms of abuse, including beating, rape, and killings. On 18 October, a Malian man told Alarme Phone Sahara: “We were hit, they took our phones, the money we have, they took everything.” According to testimonies collected by Human Rights Watch, Algerian officials have destroyed legal work documents and passports of migrants they intercepted during raids.

“Algeria is entitled to protect its borders, but not to arbitrarily detain and collectively expel migrants, including children and asylum seekers, without a trace of due process,” Lauren Seibert, refugee and migrant rights researcher at Human Rights Watch, stated on the recent developments. Algeria violates its obligations as a party to the Migrant Workers Convention, which prohibits collective expulsions and requires examination of each case individually.

Human Rights Watch estimates that around 16,000 people were deported from Algeria to Niger so far this year. The recent events mark the highest increase since the beginning of the COVID-19 pandemic, yet expulsions never fully ceased, not even when borders were officially closed. In 2019 and 2018, Algeria expelled an estimated 25,000 people to Niger each year.