Weekly Editorial: Multiculturalism is not an imposed utopian ideology it is a mundane fact – also in Hungary 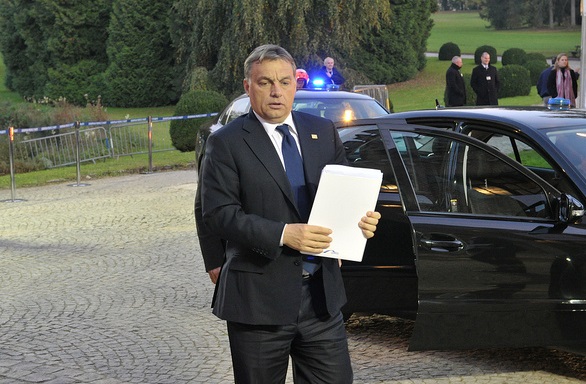 In its latest stunt, Victor Orban’s government is sending 8 million Hungarians a questionnaire on Georg Soros’ supposed plans to bring millions of refugees to Europe. While there is something almost comic about organising a national consultation on a ludicrous conspiracy theory, it is also a consistent part of the narrative, rich in myths and prejudice, promoted by the Hungarian government.

The underlying and explicit anti-Semitic and Islamophobic elements of the narrative are widely decried but it also feeds on the premise that multiculturalism or the idea of a multi-ethnic society is not realistic for some countries. It might work in Western Europe but is not suitable for countries like Hungary with a different history. A multi-ethnic model is somehow alien and – therefore – the rejection of refugees is justified because they will never be successfully included in such homogenous places. A sub-theme is the acceptance only of Christian refugees.

The promulgators of the narrative sometimes claim that even for the rest of Europe, multiculturalism is a utopian ideology imposed by elitists and progressives who are deliberately destroying the culture of traditional nation states – leaving true nationalists to defend them.

Yet this narrative is disconnected from the reality experienced by a majority of Europeans. Most of us live in a globalized and multicultural world. It is simply the mundane reality for many. There may not be perfect harmony, there is frequently peaceful co-existence. Problems can arise when people’s rights are not respected. But for many it is just an ordinary state of affairs to live in a multi-cultural and multi-ethnic environment. And that has often been the case in Europe’s history.

In fact, Hungary itself, and its neighbours, are not and have never been mono-ethnic national states. They are countries with ethnic minorities and at least some level of diversity, which have also received billions of Euros from the EU to support the rights of minorities. In Hungary, minority populations include up to 600,000 Roma, 200,000 Germans, and 100,000 Croatians. There are also Hungarian communities, longstanding and more recent, generally benefiting from rights protection, across Europe.

In the list of arguments for rejecting refugees the myth of mono-culturalism is one of the weakest.